is a depiction of the god Shiva as the cosmic dancer who performs his divine dance to destroy a weary universe and make preparations for the god Brahma to start the process of creation. I photographed this one in a shop in Ubud, BALI….which I thought was quite delicate. I liked the way He is taming, holding and at the same time dancing on a cobra….

As you know the cobra is a revered creature in India…and considered more of a sacred friend than a foe. In fact, Shiva is often depicted with a cobra around His neck. So it is no accident that at Babaji’s ashram there are some of these “necklaces” around…. like this one Ms. Sondra is wearing, providing quite a fashion statement. 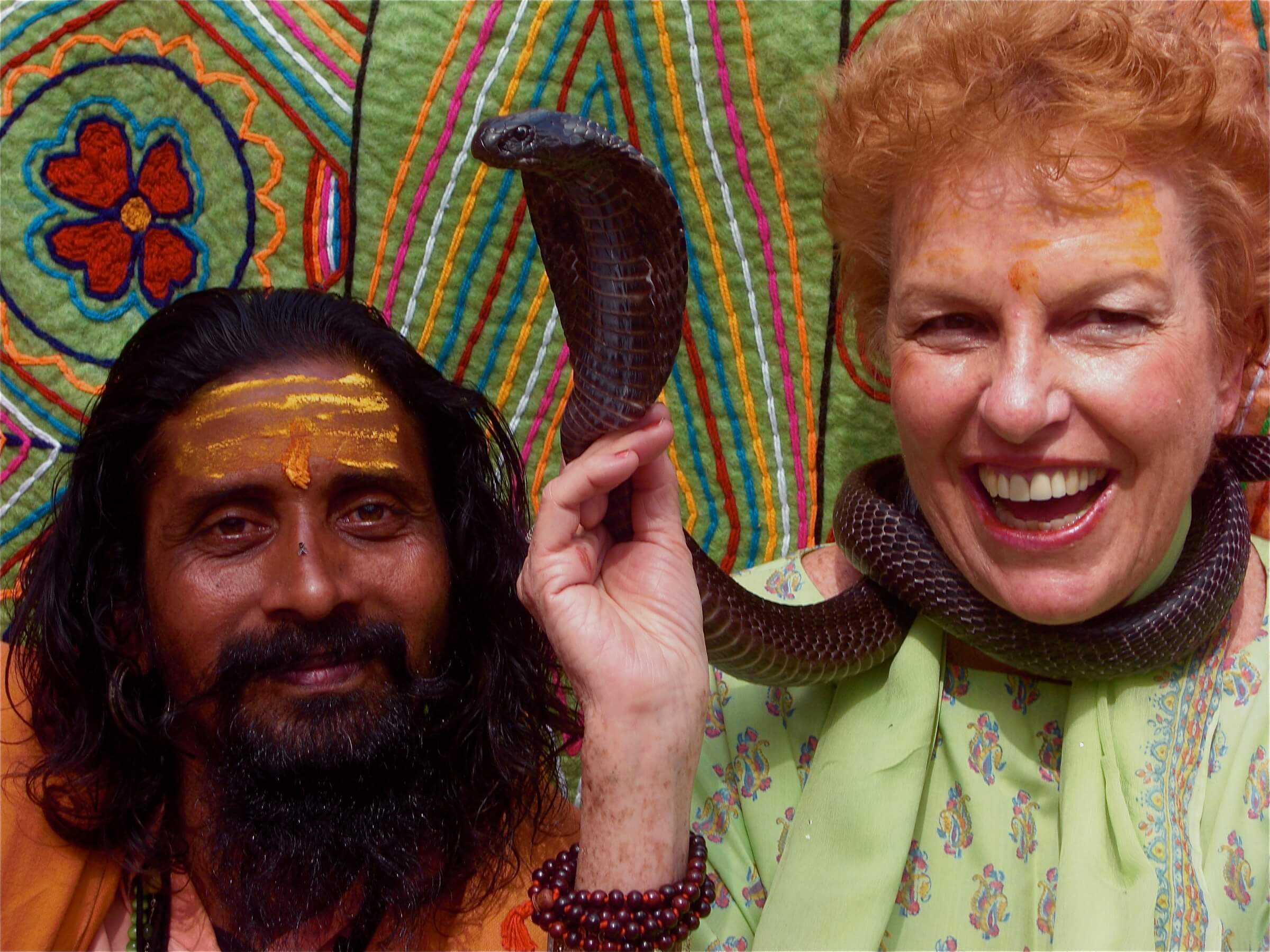 SONDRA RAY and FRIENDS at BABAJI’s ASHRAM in the HIMALAYAS

Join us in India next year, or on the Bali Quest, December 2013….or  elsewhere as we “Breathe Around the World.”