I watched the Netflix series on the Medici. They were the prominent merchant and banking family in Fifteenth Century Florence who for four generations funded and supported the arts that we now call the Renaissance, or “Rebirth.” Donatello, Botticelli, Verrocchio, Leonardo, Michelangelo—the list could go on—all received commissions from the Medici. After watching the series on Netflix, although some of the facts of the historical drama were stretched for theatrical effect, I came away with a sense of the greatness of this civically and culturally minded family, and also the sheer beauty of Florence and the Divine Action of sublime creativity that took place there. Truly a Golden Age if any could be one, spearheaded by some of the greatest visionaries and artists of all time.

The Medici demanded excellence. And they got it. They had a vision of Florence as a creative hub of not only Italy, but all of Europe as well. I think they achieved that too. They envisioned a world in which commoners could excel and lift themselves into greater standards of social and financial position; one no longer needed the pedigree of noble blood only to be upwardly mobile. The Medici were weavers and wool merchants, then became bankers. They had a great sense of craftsmanship, and they supported a world of artistic beauty and grace, as demonstrated by their incessant patronage of the greatest artists making up the Italian Renaissance.

The women of the Medici were equally powerful in culture and even in state matters. Lucrezia Tornabuoni de Medici, a noble woman, was the mother of Lorenzo the Magnificent, married to Piero de Medici. She was a poet in her own right, and supporter of the arts. She also conducted matters of state when her husband was unable due to being very sickly with gout his whole life. Lorenzo and his mother are depicted here in this Madonna by Botticelli. Lorenzo is holding the inkwell and his mother is the Madonna. Lucrezia insisted upon her children being well educated, growing up with personal tutors. What is obvious in this painting is the adoration of the Mother. It was common to call mothers in 15th century noble families in Florence by the name Madonna. The art depicts this crowning of the mother even more poignantly.

Glorification of the Family

The Medici, as well as the Florentine people, were certainly celebratory. The ruling family gained prestige and standing with the Church by commissioning Church architecture and adornment with paintings and sculpture. They also consecrated a chapel in their own villa, the Magi Chapel, painted by Benozzo Gozzoli. The painter in this case would put the faces of family members in the scene, often as one of the prominent personages. Young Lorenzo is said to be the model for the Youngest of the 3 Kings, Caspar.

Frequent festivals in Florence marked the cycles of civic life. A procession was expected in key religious festivals. The Florentine community was bound together in these gatherings. The painting of The Magi on their way to Jerusalem placed the Medici Family within the action of the Three Kings and their entourage. When I saw this painting in person in 2008, I could not help but be taken aback by the sheer beauty of the colors, the costumes, the landscape, and the clarity of an overall vision that is depicted here in the Magi Chapel.

Every square inch is a jewel of pigment and exquisite shape and line. The frescos surround the chapel walls, in a 360º panorama of processional regalia. I can appreciate just the complexity of the composition, and the ease in which a “puzzle-like” construction locks together into a jigsaw of color conglomerate that captures and mesmerizes our attention. We are transported to a place of adoration, like the 3 Magi, in which we anticipate a meeting with something glorious and good.

The Royalty of Beauty

The Medici had money, having Europe’s biggest bank, but they also had something money could not buy. They had charm and charisma and a sense of beauty that transcended the world. And these they used to instill a sense of civic pride. Through the development of architecture, literature and art they created a period of aesthetic beauty that has been perhaps unrivaled in other ages, but clearly unsurpassed since then. Florence in the 1400s was dynamic and vibrant. The Medici were what I would call the Royalty of Beauty.

They amassed the brightest and the best. Cosimo de Medici employed Filippo Brunelleschi to accomplish the impossible. The Florence Cathedral had sat for years unfinished, because no one before Brunelleschi had any idea how to construct such a large dome, the largest yet ever to be done. Through a system of a double dome and inner tensile supports, along with bricks set in an interlocking herringbone pattern, the architect completed one of the largest and most beautiful brick domes in history. It stands to this day as the crowning glory of the Florentine skyline, thanks to the Medici for their financial backing.

An atmosphere of artistic perfection was nurtured along by the undaunted standards of the Medici. After Lorenzo’s death in 1492, there was a period when the Medici had been exiled from Florence. The French King Charles VIII and his invading army occupied much of Italy beginning in 1494, and ousted the Medici from Florence in November of 1494. During the next 21 year exile of the Medici from Florence, a young sculptor only 26 would finish an ill started marble sculpture of the Biblical David. The massive block of marble out of which it came had been laying unfinished for over 26 years, since the year of the sculptor’s birth in 1475. Though they may not have directly commissioned the work of David, the Medici were certainly the precursors of its genius. Lorenzo had encouraged the young sculptor in his formative years to continue. His name—Michelangelo.

Michelangelo took two years to complete David. He was unveiled in 1504 outside of the Palazzo Vecchio until he was moved in the late 19th century inside The Galleria dell ‘Accademia di Firenze, protected from the elements of erosion. I saw him there in 2008 on my first visit to Florence with Sondra, the year we got together. I just remember we were speechless in his presence. Perfection is palpable in this great work. One is never the same after seeing him, just like one is never the same after seeing the Grand Canyon or the Taj Mahal in person.

There is something timeless in the air of Florence, in the Spirit of the Medici that lives on in the Masterpieces of art and culture that were so robustly supported by them in the Golden Age of the Italian Renaissance. They left a Legacy of immortal beauty that to this day touches us, moves us, and yes, enlightens us.

We can hardly conceive of now the revolutionary nature of depicting these classical scenes of the gods in unabashed and freely flowing nude figures. To break with Christian themes at the end of the Medieval age was like throwing on the switch of a blinding arc light into the darkened recesses of a crucifix ridden iconography. The Florentines came out of the dark, out of the norms and forms of noble and church dominated subject matter into an entirely classical revival. The Greeks and their nature gods and goddesses were a breath of fresh air into the palazzos that rivaled the deep shadowed sufferings of a clergy controlled populace. The church recesses were no match to hold back this illumination of natural beauty. The body, in the image of God, was elevated to divine proportions.

The human physique was seen as holy in itself. Beauty was seen as divine. Humanity was given its glory to embrace the holiness of the natural world. Science and rational observation was beginning to flourish. Europe was about to embark on ships that were boldly going toward the New World. The ingenuity of the merchant class was putting them in positions of political power as well. The Classical ages of Greece and Rome were being re-examined, reinvented with a new vitality. They were being “born again” onto the platform of artistic excellence, much in response to the Medici’s undaunted vision, support and patronage.

Linear perspective was a new concept introduced by artists in 15th century Florence. Brunelleschi may have invented it, but other artists picked up on its expansion of pictorial space. This new way of seeing 3 dimensionally on a 2 dimensional surface was one more tool in the hands of Florentine painters to dazzle their audience into seeing the real-time beauty of the natural world.

Now the figures in the painting were free to “walk within” the pictorial space. The grand palazzos with their diminishing lines of perspective could take us into the world of the Medici like never before. Created is an atmosphere of expansiveness, unlimitedness. We move forward into the future of an artistic governance that includes the perspective of human realism and social interaction the likes of which had never been so dramatically captured in art. Real people with real faces form the models for their idealized versions. But the perspective is a humanism that was established in the Medici Florence that was placed there to stay. We have benefited for nearly 600 years now from the imprint they made on the basic ground of our artistic endeavors since then.

The Medici clearly and inspirationally guided Florence’s finest hour. We are all the beneficiaries of their genius and determination to bring a piece of Heaven to Earth. We are the great inheritors of their vision. We are the cultural recipients of their insistence upon beauty as the principle governor of our everyday affairs. Through their total patronage have we been brought a gift that will indelibly carry us to perfection for another 600 years.

Hope you liked this Art Look. Write to me at markus@markusray.com and receive images of my latest paintings for purchase. 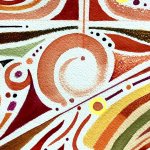 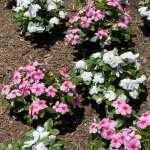 A SAUNTER TO THE NATIONAL GALLERYPAINTINGS