The Male / Female Paradigm in Art

It is an area that interests me in painting, namely my painting―SACRED SEXUALITY. And this amounts in my world to the Male / Female Paradigm in Art. It is also the God / Goddess unification of our notion of Divine Order: there is a sacred masculine as well as an equally sacred feminine, living equally in balance, necessity and grace.

Energy. Just what is it? There is a Sexual Energy that pulses through us. Given its expression may not always involve the actual sexual act, there is sexual energy in all of creation. One looks at the Lava flowing to the sea out of Kilauea volcanic fields in Hawaii, and this is definitely an Energy―even a very Sexual Energy. It is like Mother Earth giving birth, the Divine Father giving new conception.

Art draws on this Energy as well. To pick up a brush, dip it in paint, and make a stroke on the surface of a painting is a highly sensual action. The brush is the Phallus of Action and the Surface is the Womb of Creation, poised to receive this flow of Energy. One feels it sweeping through them when these kinds of creative gestures are nurtured, channeled, and enhanced. The many strokes of painting are all of a sexual caress.

SHIVA / SHAKTI is the union of the MALE / FEMALE principle. Worshipped in the East as the Yin and the Yang, the Lingam and the Yoni, The Vertical and the Horizontal, to embrace this unification and action of life is to acknowledge this Creative Force which permeates and extends through all the manifested world.

Openness and receptivity are what constitute the Female Principle. The capacity to receive is all-pervasive. It is a chamber, a portal, a channel into which to flow, to penetrate, and to posit. There is a natural draw into the doorway of Creation Herself. Irresistible, we are mesmerized by the opening to Life. A Blank Canvas is HER! We want to jump in, tune in, turn on. She draws us into a place we want to go, like a Home, like a place of supreme bliss, like a “heaven on earth.” We wish to enter the Canyon of Compassion, of Beauty, of Holy Communion.

SHIVA / SHAKTI is a primordial place of pilgrimage. It is where we will all eventually end up because we never really left this place of original conception, while bursting onto the scene of Life. We come into being, it seems, into this body of ours, but from whence did we come? We were always more or less already here. But in these dimensions, we needed the SHIVA / SHAKTI Energy to take shape.

Leonardo Drew On Everything

The great Renaissance artist, Leonardo Da Vinci, drew on just about every observable fact of nature to formulate an art that encompassed the Whole of Life. He was unabashed to draw even the most intimate of anatomical facts, in this case, the coitus of the SHIVA / SHAKTI Energy. In a kind of anatomical overview of what actually is taking shape, he gives us his literal translation in this drawing. There is a beauty of interwoven nature.

Although these intimate drawings may have remained in his “private collection,” he makes note of the ineradicable Energy that poses and pulses on, keeping life ever-flowing within his planet of teeming activity. This is a Sexual Energy that encompasses all movement of forms in his world and in ours. Never is there a time of final waning, in this continual waxing of evolving forms. We live as if embraced in a kind of inescapable coitus with the very Mother of physical existence Herself. Not one breath we take can avoid this union of elemental joining.

What I Really Want to Say

What I really want to say is there is a natural beauty and grace in the coital energy of the SHIVA / SHAKTI union. Let us not shun this grace into the shadows of shame, shrouded in an embarrassment we may feel about bringing the Sexual Theme right out there, into the open light. I would propose we stand triumphantly rejoicing at the portal of this great gift of physical bliss and sensational delight derived from this natural wonder of polar things.

In this Great Sequester I have been re-examining my painting motivations and subjects. I have also been pondering my contribution to Painting itself. And I might mention that to paint the Holy Masters I needed to have this SHIVA / SHAKTI Energy flowing. From this painting of Babaji I painted in Denmark, I feel optimistic―like a bridge forming in this new direction. There is a sensuous honesty to this Babaji. One can almost touch Him, it seems, in a kind of fantastic Red. He is a SHIVA of the Red here, and the SHAKTI of the Red is imbued and infused in His very presence. SHIVA would not even take shape without His SHAKTI. This is why SHIVA, BRAMAH and VISHNU all worship the Divine Mother―SHAKTI. They would have no form without HER.

The SHAKTI of the Red

The SHAKTI of the Red. There is an invitation with all portal forms. We come in through a portal, we wish to enter back into a portal, and our final exit out of the physical dimensions is an entering back into the most Infinite Spiritual Portal. I like Portals, which are doorways into more aliveness. This “Shakti of the Red” was painted with Latvia in mind, because these are the Latvian Flag colors: a Deep Maroon Red and White. More simple than many of my works, I had to hold myself back not to add more stuff. Erika, my friend from Latvia, and Sondra both encouraged me to “stop while I was ahead.” They both liked the simplicity of it. It was painted around the time of Summer Solstice, which the nordic countries like Latvia take very seriously.

So from this springboard of Red, I moved into Orange. Actually I have a propensity for Orange. Maybe from lifetimes of being a Sadhu in India and wearing only orange. Who knows? But when I use up the paints in my watercolor box, Orange is always the first to get used up. Therefore, I must revert to it the most. The color that sticks around the longest is Ultramarine Blue, and the Earth Tones. I am trying to be more egalitarian about my palette, but I am prone to the warm colors.

The Mountain of SHIVA is as present as the Portal of SHAKTI. The two are inseparable. The interlacing lines form a tracery that suggests a flow, a cascade of bathing strokes of color along the slopes of Kailash―into the portal at the lowest point of SHAKTI, from the peaks of a predominant SHIVA ascension.

Going Too Far, or Not Far Enough?

There is always a danger when stretching the boundaries of an art language that someone will get offended in the process. Especially around the subject of Sexuality. Some may think it is in poor taste. When Manet painted Le Dejeuner Sur L’herbe in 1863 he was virtually banned from exhibiting in the respectable Parisian Salons. Looking at the painting now it seems mild, yet there are very provocative undertones still in the work. The women are nude of course, but in the setting of a real picnic this would be considered not only risque, but also beyond the acceptable norms of dignified society, even today. Imagine double dating on a picnic in public with your women friends stripped naked in nonchalance? Some eyebrows may still be raised.

Two fully clothed men amidst two unrobed females in a forest of potent possibilities. The picture is loaded with sexual innuendo. Now it seems mild, over a hundred and fifty years later. It is considered high art, and should be. Yet in its day it pushed the boundaries of psychic and sensual verity. Who could look on it back then without a cringe of embarrassment? Hardly any, this day and age, would give it a second thought, other than see it for the masterpiece it is.

Times are a changin. The Sexual Paradigm is being Tindered and Googled into the mainstream of social acceptability. And one thing is for sure, the SHIVA / SHAKTI Union makes the world go around. This is not anything new. And the sensation of Beauty can be derived in perhaps the most provocative considerations.

When I asked my Latvian friend, Erika, if my current imagery was “too much,” she said this: “No. It is the movement of Energy. It is what it is, and Energy is never too much.”

It Is What It Is

The SHIVA / SHAKTI Coitus is what it is. We all derive from it, and we all return to it. I am honored to ponder it awhile in my paintings. I may be sticking my neck out and piss off some proper people, and raise some eyebrows of “spiritual scions” who may think Sexuality has no place in the dialogue for our sacred evolution. But then again, there may be some of you who have just been waiting to take a breath of fresh air, and get the whole subject “out from between a rock and a hard place.” (No pun intended.) And perhaps I am just painting what you were all thinking about anyway. Hope so.

I think of some of my Gay and Lesbian friends who had to muster the guts to “come out.” Well, maybe this is my “coming out,” and only a small portion of that kind of guts exhibited here, at that. “Energy is never too much,” my Latvian friend said. “It is what it is.” What can I say? I am a pure Scorpio born on 11 / 11.

PS. All these works are for sale, of course, except the Manet in the Musée d’Orsay in Paris. Send serious inquiries to markus@markusray.com 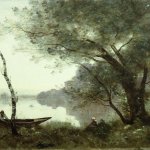 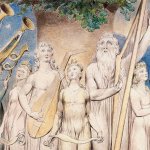