from the Isenheim Altarpiece in Colmar, France 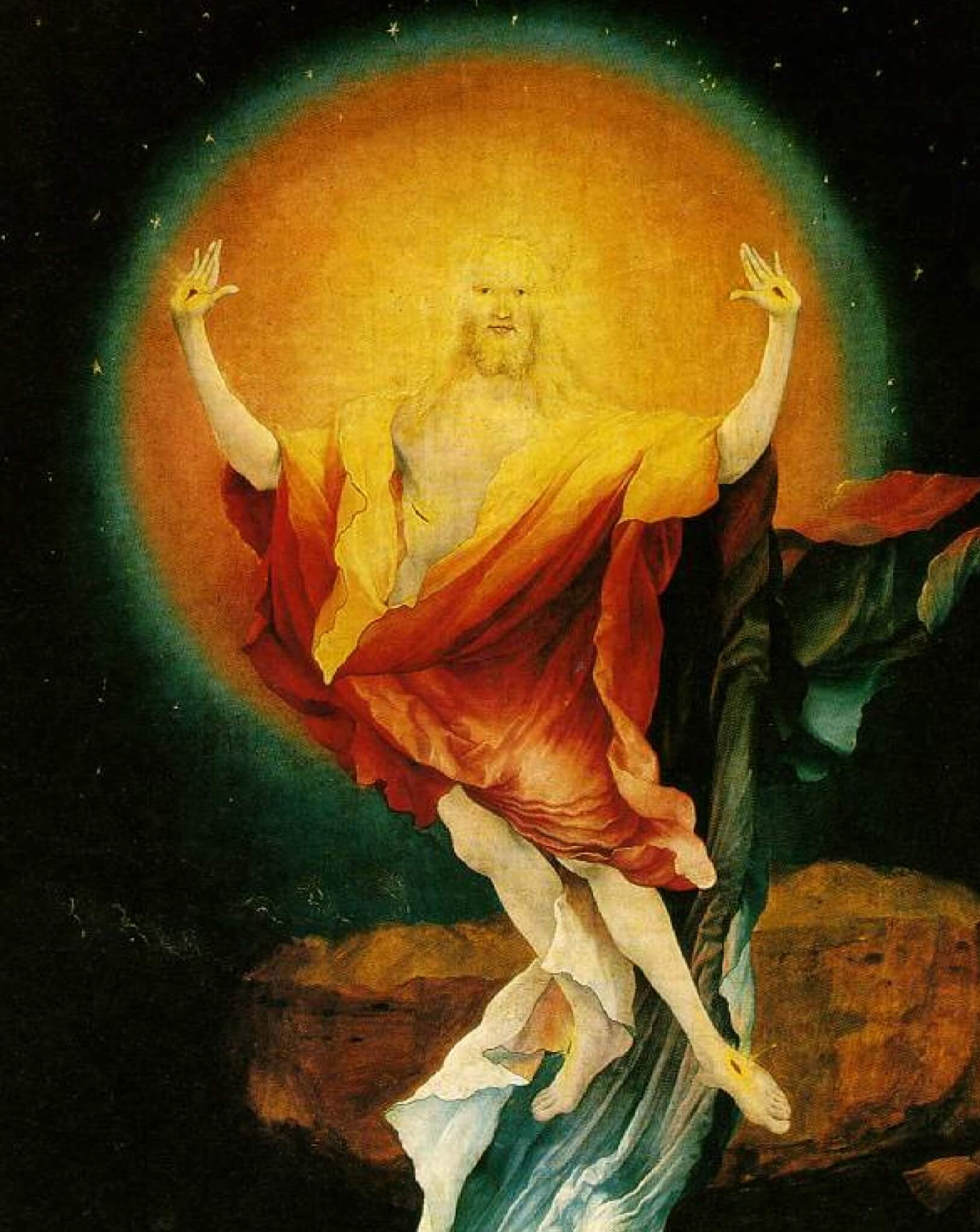 I actually travelled to Colmar, France, in 1989, to see this wonderful painting done by Grunewald. It is a rare painting from the Renaissance because most of the church patriarchy supported the “suffering of Christ” as the main iconography to be depicted in the art and in the philosophy put out to the people.  The complete work, of which this is just one panel, is called the Isenheim Altarpiece. Probably one reason the church accepted this highly JOYOUS and celebratory depiction of the Resurrection was that the other panels depict the crucifixion in such gory detail that they were adequately satisfied that the “truth” was being told….you have to “suffer to be holy”…. and don’t you forget it.

Nevertheless, the audacity of Grunewald to paint the Resurrection is unsurpassed, and this is the only painting I know from that period of art which depicts it so well. It was a pivotal pilgrimage for me to go see it in Colmar. My “art life” was not the same afterwards….becasue I realized before I was “stuck in the crucifixion”….thinking that suffering was a “nobler” subject than Joy. After that trip I realized that JOY is the ultimate expression of ART…and that GOD and HOLINESS and JOY are synonymous. This was confirmed later when I read in A Course in Miracles, “God’s will for me is perfect happiness.” ART’s greatest function is to uplift people into the miraculous, into the JOYOUS, into the vivacious vortex of the DIVINE! And this painting does just that.

Markus Ray
MARKUS received his formal art training at the Rhode Island School of Design, Cleveland Institute of Art, and Tyler School of Art in Philadelphia. His mentors were the OP ART painter Julian Stanczak in Cleveland, and ABSTRACT EXPRESSIONIST Stephen Greene who painted in New York and taught in Philadelphia. What he gleaned in his own work from these two relationships was a keen colorist emphasis and an insistence on sacred content.
Recent Posts
Showing 3 comments