There are some paintings that are unforgettable. And some pass you by, and don’t even register. Sondra and I went to the Prado here in Madrid yesterday and saw both kinds. Usually the art of the West is dramatic, but spiritually elevating in more visceral ways. The technical abilities of the artist are impeccable, and the subject matter depends on the times. We are very good in the West in depicting Tragedy, Suffering, Royalty, Sex, and Delight as though they are all holy charges of the artist’s eye.

This “Descent From the Cross” by Rogier van der Weyden is unbelievably crafted. The Northern Renaissance painters had a propensity for touching detail. 2D is given 3D; 3D is given 4D. Amazing! If you study the geometry of this painting closely, it is remarkable as well.  And the brilliance of the color is superb, almost defying the tragedy of the scene. The reds and the blues take us to another dimension, one of merited fame in the pantheon of Western masterpieces. 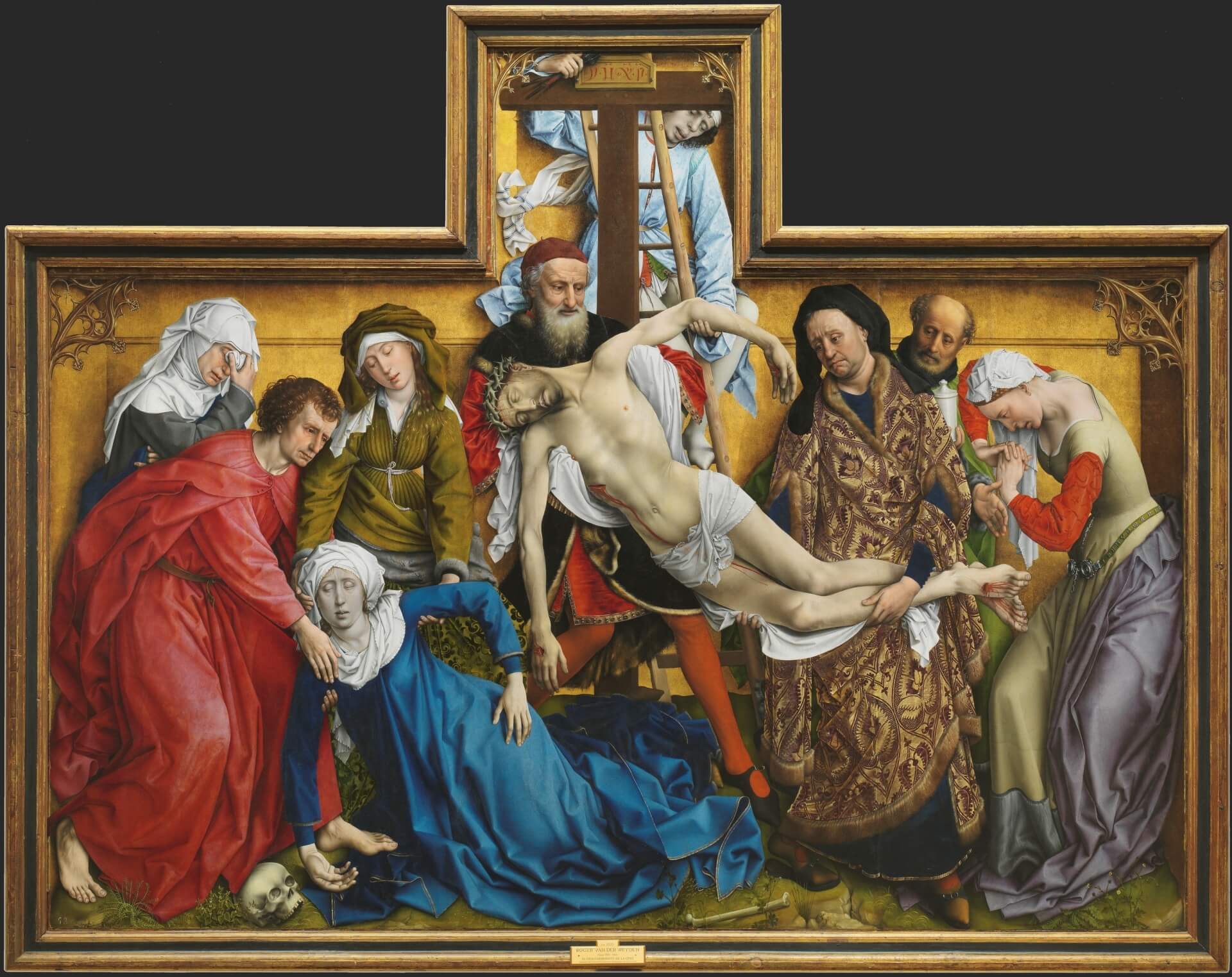 Goya’s “3rd of May” is also such a famous painting. He was intent upon capturing the horrors and dramas of war. But at the same time, there is a nobility that lifts us: the innocence and the courage of the victims who are about to be shot, and who have a very human face. And there is an ignoble quality that appalls us: the almost inhuman robot like soldiers in their high hats, without a human face, and with perfectly pointed weapons of cruelty. Have we really changed much since then? 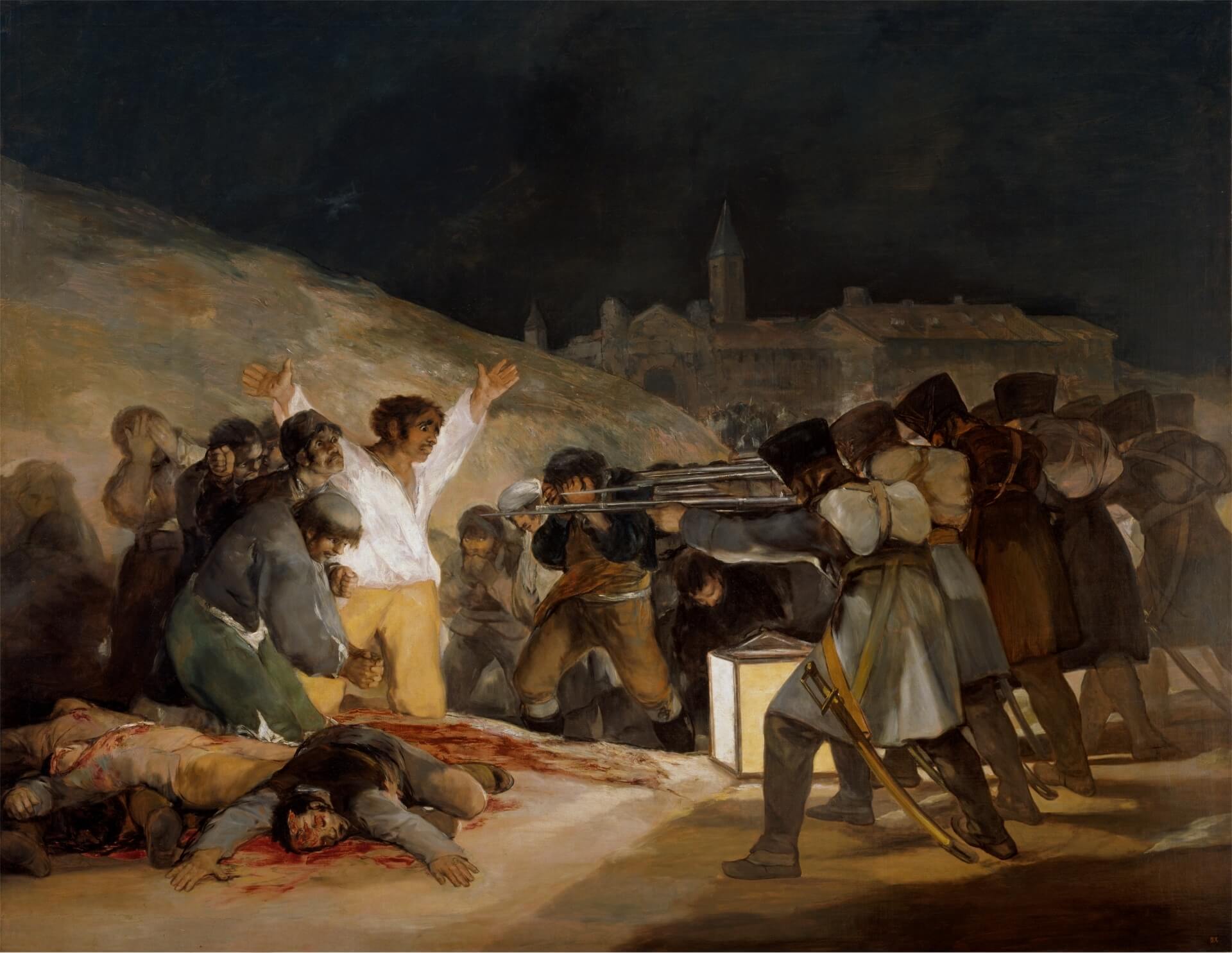 Well, after a dose of man’s inhumanity to man, Sondra wanted to see Goya’s “Maja” paintings. They are in a room together, on the same wall, clothed and unclothed. From a purely male “arousal” perspective, I found the “Clothed Maja” much more enticing than the unclothed one. Also, the head on the “Clothed Maja” is more relaxed than the one on the nude. I can relate, as a painter, to the difference, even though it is the same model. The head on the “Nude Maja” seems lower, perhaps without as much breathing space. A subtle difference, but one I could feel. 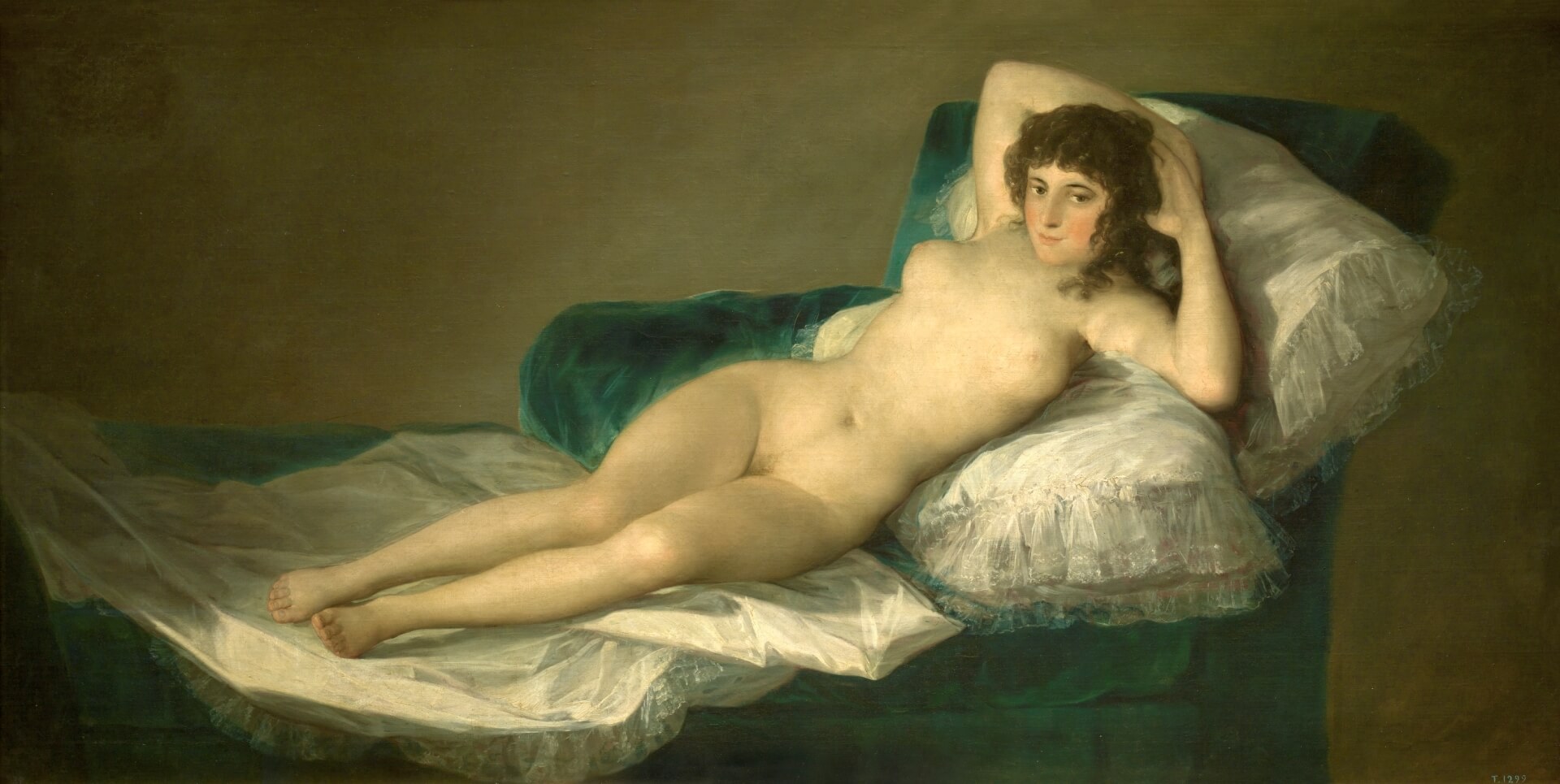 These would be my “quick pics” of what was impressionable from our walk through the Prado. Of course, there are other great works in the Museum, but these are the ones that struck a chord of delight in our 2 hours of sauntering. Madrid is lucky to have these paintings. May they always inspire us to ascend as human beings, to manifest the beauty and creativity of a Divine Life.

Markus Ray
MARKUS received his formal art training at the Rhode Island School of Design, Cleveland Institute of Art, and Tyler School of Art in Philadelphia. His mentors were the OP ART painter Julian Stanczak in Cleveland, and ABSTRACT EXPRESSIONIST Stephen Greene who painted in New York and taught in Philadelphia. What he gleaned in his own work from these two relationships was a keen colorist emphasis and an insistence on sacred content.
Recent Posts
Showing 8 comments

PAINT IT IN PARIS !PAINTINGS
JESUS of MADRIDPAINTINGS