ON AN ISLAND….in the middle of the Bay of Mumbai…

…. is one of the most spectacular pieces of sculpture in the world. Over a thousand years old, these ancient sculptures by masters of the heroic age in India fill a temple, literally carved into the side of a mountain on an island, called Elephanta, in the bay of Mumbai (formerly Bombay)

My teacher and friend Tara Singh took me there in the year 2000. The moment I stepped into this space I was transformed into another vibration, another world of Spiritual Intimacy. This head sculpture, about six meters tall, is the main focal point in the temple, which is carved in ONE PIECE, by the way…..not put together in parts, like Western Temples. It is the HEAD OF LORD SHIVA…..in His three manifestations: on the left is the masculine “destroyer”…on the right is the more feminine “maintainer”, and in the center is the androgynous epitome of “stillness”…..pure meditation. 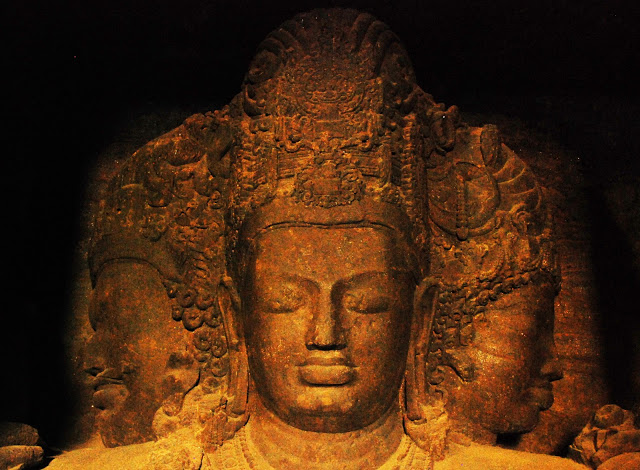 When I returned to the USA this head of Shiva was on my mind…..as though it had been seared into my consciousness. I could not stop thinking about it, until finally I had to paint my own version of it from memory. This painting  below is roughly 120CM X 150 CM, or 4 X 6 Feet. But I consider it, for myself, in a totally different dimension beyond normal thought, which cannot be measured. 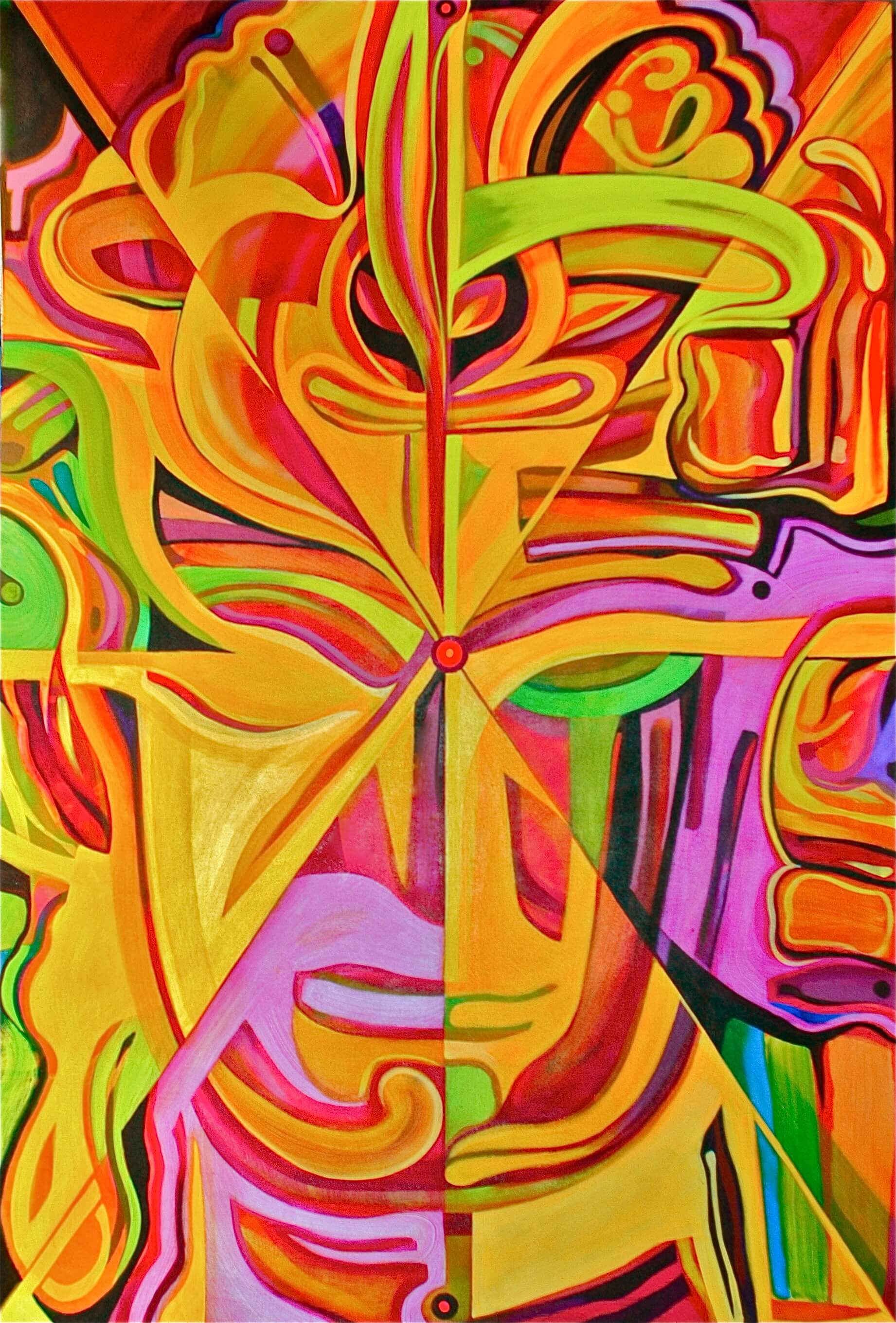 This painting is for sale. Starting Bids of $5200+ USD (plus crating and shipping costs from Philadelphia, PA, USA)  will be accepted at manmohan1008@gmail.com  After purchase, delivery will be initiated shortly thereafter.