Who Has Mastered Green?

I was in graduate school at Tyler School of Art in Philadelphia (actually Elkins Park, a northern suburb of Philadelphia) when I met Roger Anliker, a long time professor of Painting and Drawing at Tyler. This was 1981. I met him because I was teaching a drawing class, and he had the room before me. We bumped into each other only on a few occasions, and one time I arrived early just to sit in on one of his lectures. There were two things I remembered he said, gleaned from this only one lecture I attended of his.

The first was related to an edict that the University had just sent out to the faculty and students that smoking would not be allowed in the classrooms. Roger was a “smoker.” The first thing he said to us students was, “You may not smoke anymore in the classroom. And, though this applies to teachers as well, it does not apply to me.” There was a long pause. And then we got his full reasoning. He mentioned how his lectures were very well timed and choreographed, having a very definite rhythm. The whole movement of his delivery was a delicate balance, and that his ability to light up a cigarette and have a full puff at just the right moment was crucial to his whole manner of teaching. It just would not be possible for him to honor the “no smoking in the classroom rule” and also honor the integrity of his role as an art professor at one of the most prestigious art schools in the country.

The second bit of wisdom was more telling to the full arc of my thoughts on painting. When someone, as committed as Roger, was talking about the art of painting the student did well to listen. He spoke about the color green. He mentioned it as a color hard to master, almost to the point one should even avoid using it. His proclivity to omit this color from his palette was not for the reason that mastery was not possible, but for the reason that, “We see so much of it―in the grass and in the endless foliage of trees―we have been over satiated with the color. And therefore, we are always on the verge of rejecting it, as though ‘enough is enough.’ We just cannot handle any more green.”

Well, I was a bit stunned. No one had ever said some colors should just be considered “off-limits.” But there we had it from our respected professor’s mouth. Who has mastered green?

Roger did not stop there, though, in his apparent banishment of green. Once he had cleared the slate and made us aware of the seriousness of this “fugitive” color, he went on to say, “But then there is Corot’s green. Corot had mastered green. We never tire of immersing ourselves in the verdant world he has conjured up, inviting us into the eternal foliage of a pastoral heaven on earth.” I could be paraphrasing here, but you get the gist. And I think this well states the point Roger was making. So few artists have really mastered green. “COROT’S GREEN” is in a league of its own.

The thing one notices right off the bat is Corot’s use of other supporting colors: Ochers, Olive Greens, Silver Grays, and Deep Blackish Hunter Green tones that are surrounding and flourishing in the overall mixture. And usually, there is a lone figure, a peasant or a passer-by, an edge of a boat, or a swatch of brilliant Rose Madder or Magenta popping out to grip our eye to a fixed point of color heraldry. A grace note is given amidst the sea of green.

It is as though we are being set up to tolerate green by this master painter. How else could we? When all is said and done, it is the inundation of green we fully take away, within the cache of our spectral experience; but it is an actual conjuring by the use of colors that are just plain “not green” that makes Corot’s green so effective. And this is the mastery. Green is communicated in the midst of green hardly being used. Corot’s green is more like Corot’s Silvery Misty Verdant Grey. I am OK with that. There’s probably no accident that camouflage on military vehicles employed Corot’s approach. Olive Drab Green with a greyish tint hides things in the foliage just fine, because this is more to the true color of the stuff it’s trying to blend into.

This painter masters the understatement of hue. How could Corot do it so well? Generally, this is just the opposite of how I approach color out of the day-glow tube. And this is not to say I think Corot is “drab.” Far from it. In a kind of undeniable misty atmosphere of morning haze, Corot captures us in a Plein-air of pastoral tranquility. We want to go there and stay there and make sure we have on our jacket because it might be a bit chilly in the morning fog coming up from the meandering river.

When we look at life there is a kind of shadow effect. Colors are not always what they may appear to be in our minds. The actual visual effects of color have their own hue, tone, shade, and quality of brilliance. Green is such a deceptive color in the repertoire of vision. Corot’s green sorts us out and infiltrates our soul to be able to handle it. Vision returns to us, somehow miraculously, so we can consider the use of green again in the palette of our colorful aspirations.

The brilliance of light at the juncture of our encounter with green is a distant trumpeting of glory in Corot’s landscapes. They are more metaphysical, in the end, from say the cowherds of Constable. They are lyrically pastoral in ways that cannot be sung in the burning fires and skies ablaze of Turner. There is something resplendent in the unforgettable French green that Corot conjures up.

I am grateful for this one life-changing convergence with Roger Anliker. It was not about green at all that impressed upon my young art soul at the time. It was the sensitivity of vision that one could even consider such things. First that the smoking of a cigarette could be part of the choreography of a meaningful treatise on aesthetic sensibilities, and second that an artist could awaken a whole new notion of something as basic as a color in our consciousness, in this case, green.

Who has mastered Green? Who has mastered this level of sensitivity?―the one who says no to the rules, if those rules impair the very nature of his soul. And the one who takes a ubiquitous consideration with the common stuff of life, such as the color green, and turns it into a glorious revelation from the very Gifts of God.

Thank you, Roger. Thank you, Corot. Thank you, my readers, who may now look at green with a slightly different LOOK, with the ART which goes beyond mere appearances, into a way of seeing the deeper reality of things. 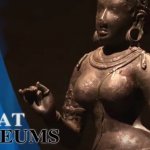 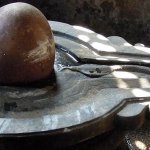