There are countless artists, painters, who we will never see. They are not in the popular mix of notables. Charles Burchfield is one of these marginally “famous” artists with whom most are unfamiliar. I only know about him because he went to the Cleveland Institute of Art, where I went, and he was one of their native sons. There is a melding, moulding, mustiness to Burchfield’s aesthetic. His paintings are visually pungent. One would not be surprised if his greatest works were painted in the garage, or in some basement recreation room surrounded by knotty pine paneling. This scene below, “Heat Waves in a Swamp” says it all. There is a kind of eerie spookiness to his works, but nevertheless we are enthralled by them. They have that not so unpleasant smell of decomposing heaps of rotting fall leaves.

CHARLES BURCHFIELD DID TIME IN CLEVELAND

Cleveland, Ohio, is surprisingly cultural, but it is also one of the grayest places in the USA. I think only Seattle ranks higher in cloudy days. I did time there while attaining my undergraduate degree in Art  from 1973-1977. I stayed afterwards a few more years, got married, got depressed,  when finally I came out of my doldrums and moved to Philadelphia in 1980.  I was offered a full teaching scholarship to attend Tyler School of Art of Temple University for my Masters of Fine Arts degree.

What makes Cleveland so gray? Well, it was one of the steel producing capitals in the US during the Industrial Revolution. Perhaps some ferrous smoke and smelting oxidants permeated the souls of the people and made them gloomy. It was a place where one’s mood could easily become downcast. All those dismally gray days. Something in the water perhaps—the Cuyahoga River actually caught on fire in the 1960s it was so polluted by the heavy industry there in the “flats.” Something in the long winters on Lake Erie in the Ohio Snow Belt made the seasons seem dichotomous, even bi-polar. There was either a sunny sliver of new bright light or a generally darkened mood of incessant gloom. And no season in between.

One of my ART LOOK readers mentioned the work of Charles Burchfield in a recent text, which got me thinking about my Cleveland days. She used to visit his work in the Chicago Art Institute while attending classes there. Burchfield was a celebrated alumni of the Cleveland School of Art, which later morphed into The Cleveland Institute of Art when I was there in the 1970s. Often it was called CIA for short.  Burchfield was one of its most famous graduates, with his swirling atmosphere of fantastic landscapes and city scapes painted in a kind of halloween hallucination of spiritualism. I could relate to his dynamic vortex of kinesthetic gales that swept through his Western Reserve repertoire of wizardly watercolors. Burchfield worked primarily on paper with drawing mediums. He was not an “oil on canvas” kind of guy. This was very much the Cleveland School. Drawing was supreme.

The wooden clapboarded houses and structures in the Western Reserve probably utilized the plentifully forested countryside. And the snows that were prevalent from late October through what seemed to be the beginning of May could literally bury a person in melancholy. Cleveland was a place to endure, not so much a place to be inspired by, in my years of moody blues. Maybe now it is different. After all, The Indians got back into the World Series in ’95 and ’97, again in 2016. That does much to boost civic morale. But they still blew the World Series after three attempts in those recent years. Something about Cleveland is in the shadows of a deep depression of defeat.

Cleveland contains the best of times, and the worst of times. Burchfield knew of this kind of bipolar outlook on his world. The first painting of this post, also titled “The Two Streams,” shows a bright brook of beatitudes flowing in from the distant clearing of forested light from the rear left of the scene. Also colliding from the upper right is a kind of ominous cascade from the utter darkness of a forbidden zone. This is an intricate dichotomy that captures the dualism of life from the contentions of the Cleveland School—Darkness vs. Light.

When summer did come to the Western Reserve it was heralded. The winters of discontent had a brief respite, and the delights of a short spring flowered into an immediate summer swirling around in a verdantly vibrant optimism.

I was there. It was a city of high contrast, and this was what made a person kind of edgy. Summer had its positive aspects of deciduous delights, and the backyard blusters of burgeoning plumes of maple and poplar foliage. But Cleveland also had its kind of Adam’s Family foreboding. What would be in store for the next round of Burchfield’s vision of fantastic scenes of urban and suburban overviews? This June Wind shows us a gyrating surge of explosive herbage that grips us in a meandering visualization. We are filled up with a pleasant breeze of full inhalation. Taking a deep breath of fresh air, we gain what seems to be a permanent liberation from the gloominess of our wintry inertia. Yet, Burchfield’s bright days could have a surrealistic bend to put us in the company of his formally eccentric manner.

The lichens and fungi that grow on these furry phalluses of upright trunks rise up from the  forest floor in a kind of wizardly wand of revelation. The Woodpecker is a kind of protagonist that pecks away at our sense of  the normal. Prickly by nature, the pecker pecks his way into the unconventional notions of our  world view. He is up there giving us a sound that defies the routine of our orthodox landscape genre. Amidst a bed of stylized  “jack-in-the-pulpits,” the barbed trunk shoots us into a sea of swirling animation. The staccato “pecks” fill our world with a stimulus of machine-gun accents that arouse our world to attention.

We want to be in the flow of a reality that lifts us out of the downcast despair of conventional restraints. We want to be uplifted from the winter of our discontent. We know there is a Disney of our Greater Destiny, but we want it to be found in the lands of our immediate surroundings, not somewhere off in the make believe of artificial constructs of amusement park castles in the air. Burchfield brings us just short of Disneyland and composes the relief of a manic moment from the apparent elements of our real-life world. We are on the verge of a rebirth here, as fantastic as it may sound. We are in the momentum of a liberation that can be seen and held in the possibilities right around us, on the main street or in the park grove just in reach of our own spiritual attainment.

This is a Bethlehem of a new making. The storefront is well lit with the sunburst of wooden gingerbread enhanced by the building’s label, “THE SUN,” put in proximity of a hanging Star, like the sign of a modern, electrically wired life. The brightness of this painting defies the gloom amidst what could easily be more layers Cleveland gray. We are seeing the snow melt, and the sky lighten up with hope. The warmth of the melting street snow and the receding drifts on the roofs give us a sense of Joy in the middle of a winter buried in dismal weather. We can have our escape right in the middle of the very thing that prompts our retreat to the fantasy of  happier days. Burchfield restores our faith in the power of a new day to transform us into a perennially positive soul.

This artist “did time in Cleveland,” and so did I. I am glad he did. I grok his soul. He leads us always through the seasons of our ups and downs into the dawn of new Spring. In this cherry blossom snow we are cheered on and lifted up. We know it’s still a bit fantastic, not quite believable in the concocted views of a masterful conjurer, yet we are very willing to be led down this garden path of artistic license to the better angels of our nature, in the garden of our earthly delights.

Burchfield spoke to my friend from Chicago. And he also spoke to me one day past, from my Cleveland era, of that time of awakening. It is clearly my own responsibility to maintain  greater Joy amidst the winters of my snow-covered moods of discontent. No one but ourselves can choose to be happy. Painting fervently, Charles Burchfield was well aware of that in his dedication to paint pictures of authenticity amidst the changing forms of moving and swirling appearances. He rose above these doldrums of Cleveland gray to the explosions of a brighter world of the Spirit. He gave us a touchstone for transcendence in a seemingly wasted world of terrestrial indifference. I was uplifted then, as I am now, by his kinetic brushwork of invincible strokes of inner exaltation. 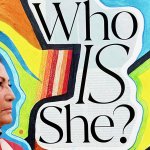 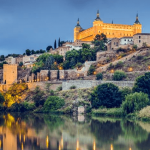