There is something about Denmark and the Danes that appeals to me. Maybe the simplicity of their lifestyle. Maybe they do not see themselves as I do, being an American. They have a polite but questioning nature. They are generally very educated, informed of all the facts, without being stuffy about it, and willing to step outside the box if need be. But Danish Modern did not get to be a coined phrase in the furniture style industry for nothing.

The Danes are frugal people. Not as fastidious about order as the Germans, but exhibiting qualities of keeping things pared down to the least common denominator. But they are also up to date, heads looking forward, not behind in the past. Their lines and materials are well used. They tend to love the black and white of things. OK with a simple drawing. They have a sense of aesthetics that is related to the sea, by which they are surrounded. Less concerned with embellishment, they are devoted to good function. Their forms follow function in most things. They build their furniture like ships—everything in place to make the thing float.

Danish people’s hospitality is unsurpassed. They will take you into their homes and treat you like an honored guest—a family member, but better. They will cook you three meals a day and think nothing of it. Then sit around after dinner and discuss deep things—philosophical imperatives, and such. TV is secondary, or non-existent in their living rooms. They would rather connect with real people than virtual ones on a screen. They lust after the meaning of life, and are OK having a good time along the way in the discovery.

I painted this BABAJI there, in Copenhagen. I felt the directness of it. Only a few colors. Hit the drawing right on the first time. Some lady who lives in Malmo, Sweden, across the bridge from Copenhagen, purchased it. Must be doing fine in her place, performing its miracles.

GO HERE TO BUY A GICLEE OF MY PAINTINGS IF YOU WANT TO: MarkusRay.Com

(If you are from outside the USA, canvases will be sent un-stretched, rolled up in a tube. Sorry. Too costly to send any other way. In the USA, they come stretched and ready to hang.) 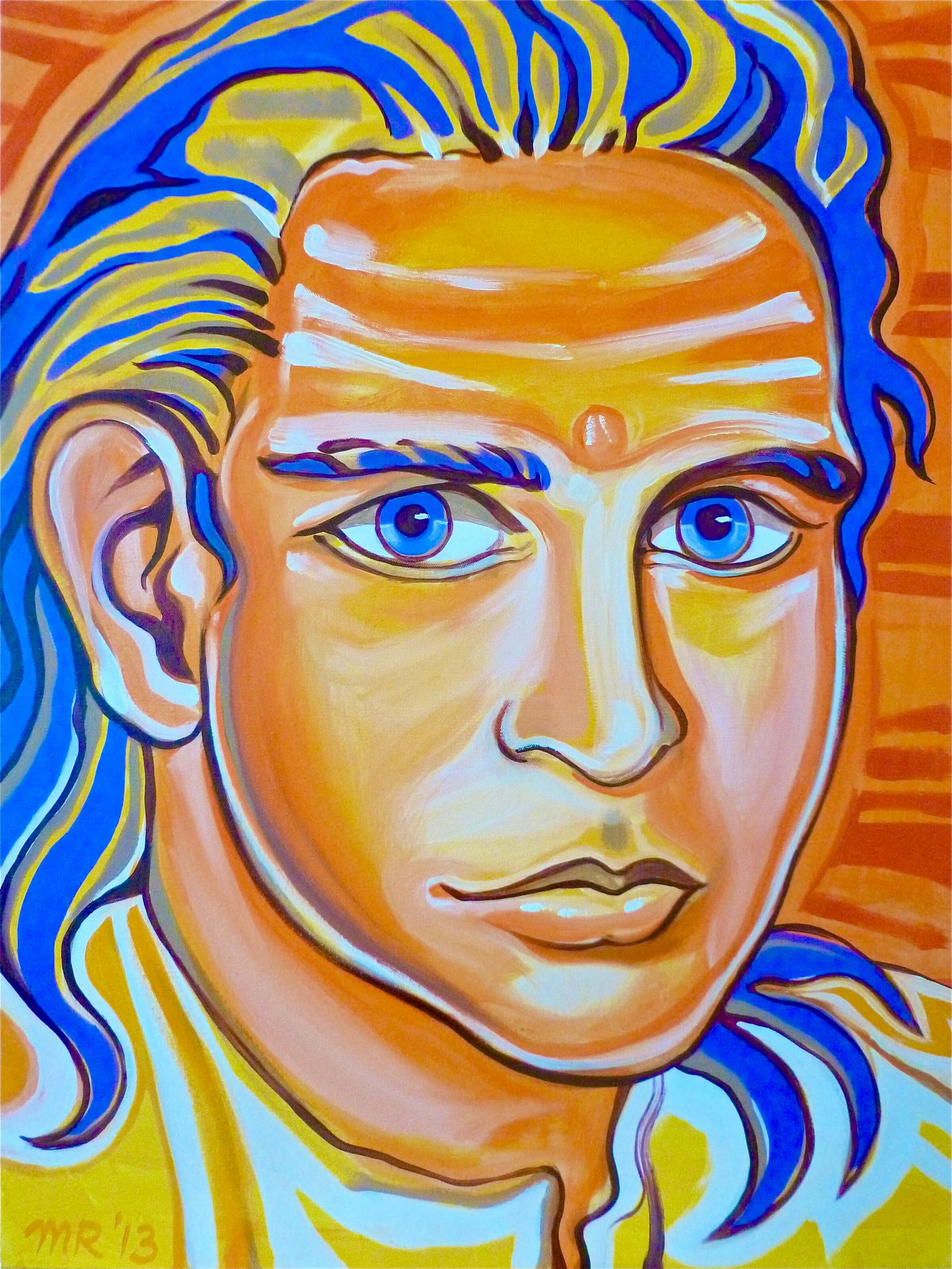 ODES TO THE DIVINE MOTHERPAINTINGS, PHOTOS, POEMS
THE “DREAM TEAM”PAINTINGS