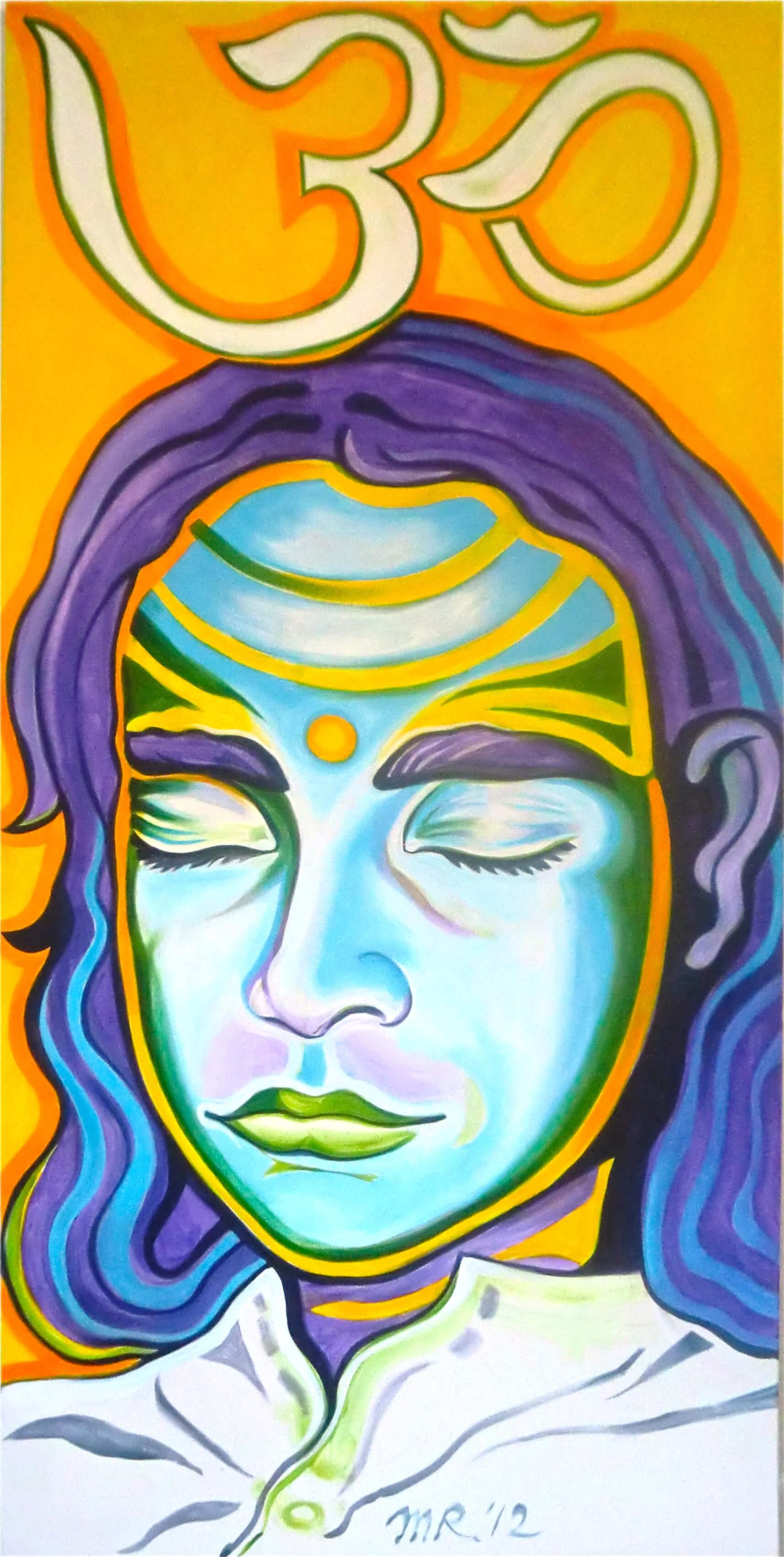 Painted near Belo Horizonte in Brazil

What Does OM Really Mean?

This is the first painting of Babaji in which I put an “OM” sign. Somehow it happened that I ended up with a canvas that was 120CM tall and 60CM wide….twice as tall as wide, a proportion I do not use very often. So I had a lot of space either at the top or the bottom….and nearby was a brass “OM” sign standing up on the altar. So that seemed to be the right fit in the space above the head….Babaji in meditation in this case.

“OM” is the root sound, the “first word” uttered out of the “Mouth of God” to precede the whole universe. What exactly does it mean? It is like the words “GOD” or “LOVE”…. words that almost defy definition, but nevertheless play a major part in our human endeavors.

“OM” and “GOD” are two words almost synonymous, however “OM” is more of the infinite manifestation….”GOD” is the Thought behind the Form. “OM”, therefore, is “GOD” made manifest. So we would also call that the “Divine Mother”, or the aspect of the Divine that has actual physicality.

BABAJI, the perfect YOGI, has unified the THOUGHT of Who He is as GOD created Him with the FORM of His incarnation. He is the THOUGHT of GOD in the FORM of OM. So we say OM NAMAH SHIVAY when we honor Him and His LIFE FORCE. He destroys our ignorance of separation, the ignorance that divides spirit from form. We are all GOD in the form of OM. So when we say “OM”….it is like reciting our Name in God,  in our actual pure state of BEING unified in spirit and form.

Markus Ray
MARKUS received his formal art training at the Rhode Island School of Design, Cleveland Institute of Art, and Tyler School of Art in Philadelphia. His mentors were the OP ART painter Julian Stanczak in Cleveland, and ABSTRACT EXPRESSIONIST Stephen Greene who painted in New York and taught in Philadelphia. What he gleaned in his own work from these two relationships was a keen colorist emphasis and an insistence on sacred content.
Recent Posts
Showing 2 comments