Art is for people’s JOY

Recently, I heard this from one of my readers, Mike Zaloudek  (who is also our magician travel agent who always pulls the rabbit out of the hat and delivers us all over the world).

Markus, I loved your latest installment of the Modern East Wing at the Smithsonian.  Your observations are so spot on and enlightening!  Who knew that was a bit of sea and a sailboat in the Frankenthaler painting? You did—and I believe you’re right!  I even had a chuckle when you said Warhol “plummeted” his career by using famous celebrities for the subject matter. Maybe you meant “promoted”? But I like it the way it reads – more to think about!
*
I remember falling in love with art at a very early age. My parents had nothing worth looking at in our home. But my grandparents had their dining room wallpapered with a panoramic image of Paris of the time (1950’s). The wallpaper art was what you’d expect—breezy illustration, flat application of colors and a limited palette. It was magical!
*
Also, my Mom let me use S&H green stamps to pick out mass-produced art prints at our A&P supermarket.   The first one I picked looked something like this image I found below:
*

*
Later on (but still a kid), I marveled at a Rembrandt portrait and his mastery of lighting.
* 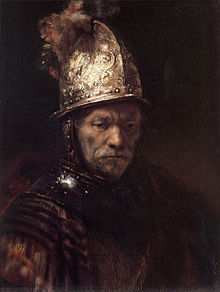 Old Man in Helmut by Rembrandt

*
Still pretty young, a board game called “Masterpiece” introduced me to a wide range of art styles including 20th-century art.  But my decision to study art in college would have been from comic books and Disney animation that I loved so much.  Does this DR. STRANGE cover from 1968 look like anything you’d expect from a comic book? The artist Gene Colan (and a few others) took comic art to a new level. (Note: the main artist only did the pencil layouts. An inker would delineate the pencil art with India ink, and a colorist would add the colors. So the pencil artist would really have no say how the finished art would look.)
* 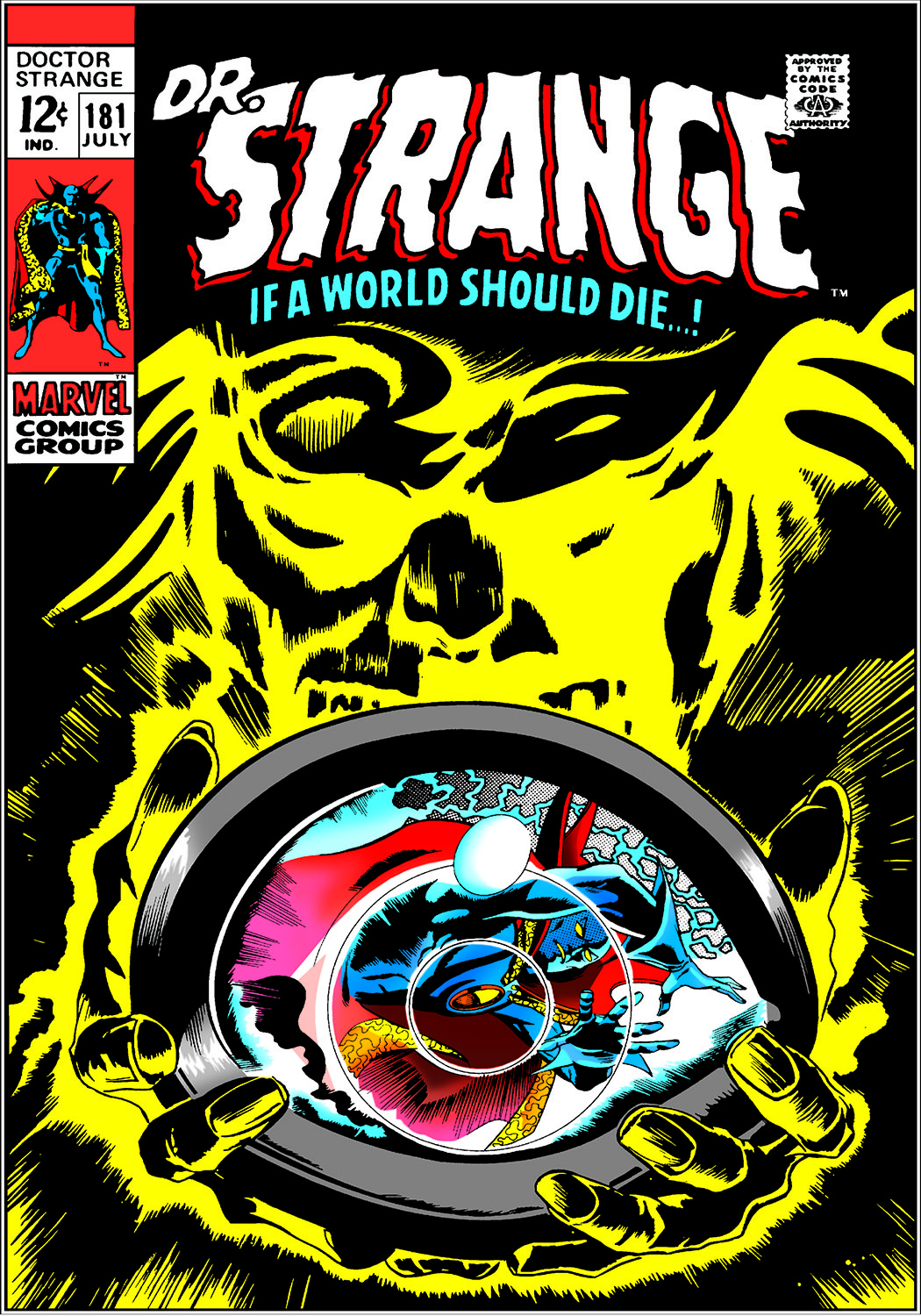 *
Art history courses in college – and now ART LOOK – have enabled me to really “see” what I’m looking at!
THANK YOU MARKUS !!!

I used to think the “Pop” artists were more like “con artists.” Then something happened. I saw a documentary on Andy Warhol in his studio actually painting. He was in the ecstasy of the movement, of the process, and he had a very particular LOVE for the medium, and for the image, he was putting forth. I was stunned out of my very thin and superficial judgments of him. He was “deeper than I thought.” I had to cry “uncle” on a lot of my other judgments of the so-called “Pop” artists of the sixties.

Roy Lichtenstein was no less one of them. He used “comics” for his subject matter. And a very flat but brilliant colored pallet. This one of his earlier paintings of Mickey Mouse and Donald Duck could be as sophisticated as a Mondrian—in his use of the primary colors: Red, Blue, Yellow, and White. 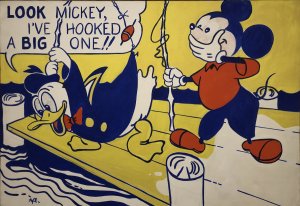 Roy Lichtenstein at the National Gallery

And I could not take my eyes off the Wayne Thiebaud cakes. He used his paint as Jiffy Peanut Butter spread on a delicious and much-awaited afternoon snack. I was in ecstasy just looking at the paint, not to mention his perfect compositions of exacting ellipses. 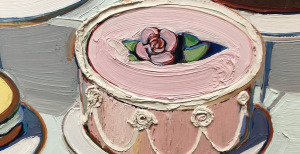 One must love paint to paint like this. Wayne obviously does. Beauty is in love, and it gets across a truth—and the truth enters our hearts and makes us glad. As a boy, my friend Mike was moved into a Pure Joy by the power of a painting. He was mesmerized. He was transfixed into another dimension. He was lifted out of the mundane into the supernatural by something that was concretely natural—a “masterpiece.” Be that a Constable-esque scene, an “Old man in a Helmut” by Rembrandt, a dynamic “comic book” illustration, or a Parisian panorama ala wallpapered on his grandparents’ dining room walls.
*
ART IS FOR PEOPLE’S JOY!  There is just no other reason for it, regardless of the subject matter. I happen to derive joy from painting—actually applying paint to a surface. And then from there, it’s only an exercise in Divine Bliss. I am so grateful to love to do this. I am so grateful for you guys who love to look like “this.” This is an ART LOOK. And I am in love with it.
*
THANKS, 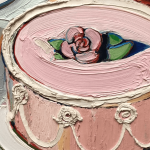 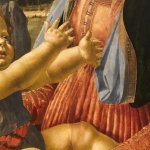