I am writing another book. But this time it’s about art. My art. Perhaps you could call it an autobiography. All art is autobiographical in the end. Every gesture of expression has the imprint of the soul whose stroke swooshed it through the cosmos all over it. As unavoidable and unalterable as the calligraphic character of one’s signature, all artistic expressions have the depth and nature of the artist who created them imbued in their process of making. You cannot escape yourself, is another way of putting it. And why would you want to?

The inspiration came as a question in some moment of quiet contemplation. What did I discover about myself from painting and drawing for so many years? And from that question came an observation of the different phases, or periods in my life and work that formed the outline of this book. So began this endeavor: to write A Painter’s Life: Four Decades of Painting.  I have stuck closely to the original set of (X) chapters that delineate these periods, which came to me from the very beginning this book’s conception. I have dealt with each period as in depth as my memory and present clarity would permit, with the intention to follow a thread of inspiration that was not always so clear at the time, but looking back with the luxury of hindsight, makes perfect sense to me.

The objects are themselves; drawing the black and white of things

My days were spent at the Bellflower House. Sometimes work would spill into the evenings and I would draw objects on the window sills, with the flatness of the charcoal black night coming through the panes of glass as a backdrop. It was not outside the windows of my studio to which I gazed, but toward the interior observations where I searched for my graphic interpretations. These objects were not to form languages of speculation, but to be the visual nouns and verbs of my interior domain. The blank black rectangles of the double hung windows were the perfect partitions that divided my inner and outer worlds.  Against them I could position any sapling from the orchard of objects in my immediate environment, and draw from it my creative impetus. The urge to draw was strong, as I dove into the graphic depiction of these common things surrounding me.  Drawing became the exploration of what I had, for certain, right in front of my eyes, solidified, yet in a kind of swirl of infinite possibilities. Still life was never still. In fact things in themselves were alive by their reinvention into a black and white panorama by my endeavors of serious observation and draftsmanship.

A Shift into Color

After graduating from the Cleveland Institute of Art in 1977, I went on a European tour to encounter my aesthetic heritage. The impact of Antonio Gaudi’s architecture in Barcelona had a tremendous impact on my soul.

It was Gaudi, not Picasso, that gave me the hope that I, in whatever form, could come to the pinnacle of my own artistic genius. And he was not even a painter, per se; rather an architect concerned with buildings and spaces that people used and walked through; not the pictures of windows into life, but things of actual life themselves; things utilitarian, but at the same time transcendent of their utility into a world of spiritual certainty. We climbed the winding stone staircase up the narrow tube of the north spire of the Sagrada Familia. Out of the little portals the wingtips of sculpted angels came and went, and at the top even we could notice ourselves high above the organically balanced ballyhoo of trumpets heralding from their lips. The height seemed higher than the tallest commercial megalith in New York, though dwarfed in actual feet and inches. But that is America’s curse. Bigger is not better. Size is no substitute for relationships of harmony and balance, scale and ambiance, utility and spirit. When humanity and God are put in the first place, something entirely different comes out. It need not be the building of a church. Parque Guell is just as holy and transcendent as the Cathedral of Sagrada Familia. Their energy is equally lofty and sublime.

When I returned to the USA I was irretrievably influenced by seeing the mosaics in Parc Güell. The bits of ceramic and glass composing the jewel-like surfaces of meandering parc benches were a nirvana of color. I was inspired to let this brilliance of chips enter my work. I did a series of works on paper called the Barcelona Series.

The experience of Parque Güell and Barcelona light was beginning to come back to me. In it was a sense of freedom that I did not have to stick with the traditional relationship between the picture and the model. The model was there for use, to extract whatever information I needed, but it was not the dictator of a final outcome. By cutting up the paintings, virtually destroying them and putting them back together in collage forms, my work began to open up into a purer world of color, shape, and surface. The geometry could be simple or complex. The colors and shapes became things in themselves, not just reference points to things outside the picture. I felt a new found freedom that any direction was fair game, and I did not need to align myself with an artificial consistency just for the sake of unilateral clarity. I could try different approaches from one piece to the next. If a painting appealed to me, and I wanted to use it for the model for the next one, with a series of subtle modifications, I could do that too. Color became brilliant, like the southern light of the Spanish skies; and structure became a mosaic of collage elements, like the free flowing forms of Gaudi’s Parque Güell and Sagrada Familia. The impressions left upon the inner most parts of my creative psyche from the travels abroad were beginning to emerge full force into my work. Sometimes it was a conscious influence, but mostly it was a force from deep within that I did not need to fully understand. I was glad to be working in a new way, and shedding some of the old dead skin of my ways at CIA and in the ghettos of Euclid Avenue.

MORE on A Painter’s Life; Four Decades in the next ART LOOK post.

Apr 25 at 9:25pm Become a Patreon of SPIRIT PANTRY© where all are Replenished!

Our Friend and Psychic extraordinaire, Gabrielle Paris, turned us onto this Patreon site. It’s a place where we can give and receive support. We support you with all of our creative genius posts, books, paintings, insights, lectures, videos, live talks, and the gazillion kinds of good uplifting things we put out there to enhance your Love for Life―and you support us in ways you become our Patreon. You can do that here: bit.ly/SpiritPantry

We started a Facebook group called #HeartTouch for people, places, and things that touch our hearts. Here is the #HeartTouch we wrote on Gabrielle a few weeks ago. So we hope you will be as inspired to be a Patreon as you are to give someone a #HeartTouch. One thing is for sure, if there is something out there in the Psychic Field and Internet Domain we are supposed to know about, Gabrielle keeps us well informed and on the cusp of our own creative curve.

We are calling this site the SPIRIT PANTRY for a MEANINGFUL LIFE. For just that. Go to the Pantry (We are stocking the shelves now) and meet your needs for the day. In the SPIRIT PANTRY, all are fed. We invite you to come and replenish yourself.

Bole Baba Ki Jai, BABAJI! You led us in the right direction yet again through the promptings of Gabrielle Paris. 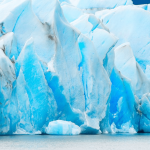 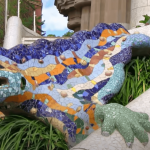