Albrect Durer was one of my art heroes growing up in my teens, and one of my strong influences to pursue the life of an artist. I had a small hardback book, simply called “Drawings,” by Durer. I was particularly influenced by his engravings that were exquisite. In the Germanic style of attention to detail, I could get lost in the intricacies of his drawing, in the “scenes within the scenes” of his thorough depictions of his subject matter.

On the cover of this book was a colored drawing of a wing. It was, as usual, in the style of Durer who accurately depicted all its detail, emitting a presence and a stillness that transcended time and space. Painted in 1512, it might as well have been painted in 2016, over 500 years later. 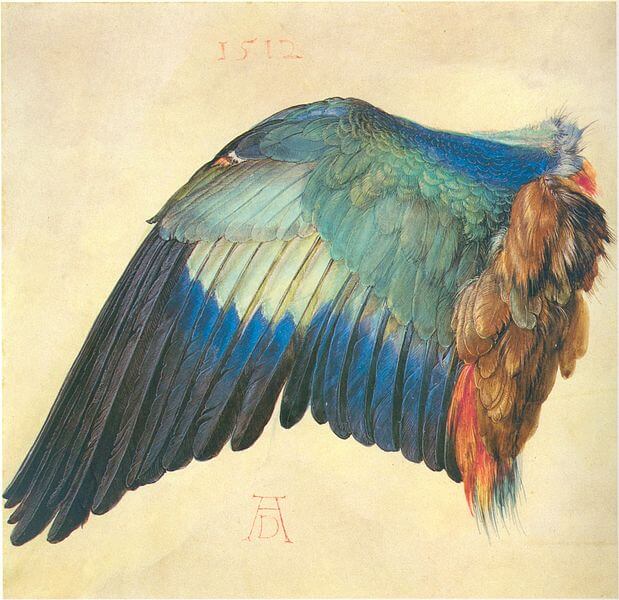 Recently I was inspired to do a series of wings. Wings are indicative of flight. Flight to a new dimension. Flight to a new place. Flight to a freedom hitherto unexperienced. I painted 12 wings in the month of September and October. They are drawn and painted with watercolors and colored pencils, some ballpoint pen, on 9″ X 12,” 100% acid free rag Arches WC paper that has been produced in the same place in France since 1492.

You can purchase this series of Paintings Here:

I hope you enjoy the “Wings” as much as I felt the freedom of painting them.

THANKS for tuning in.  MARKUS RAY 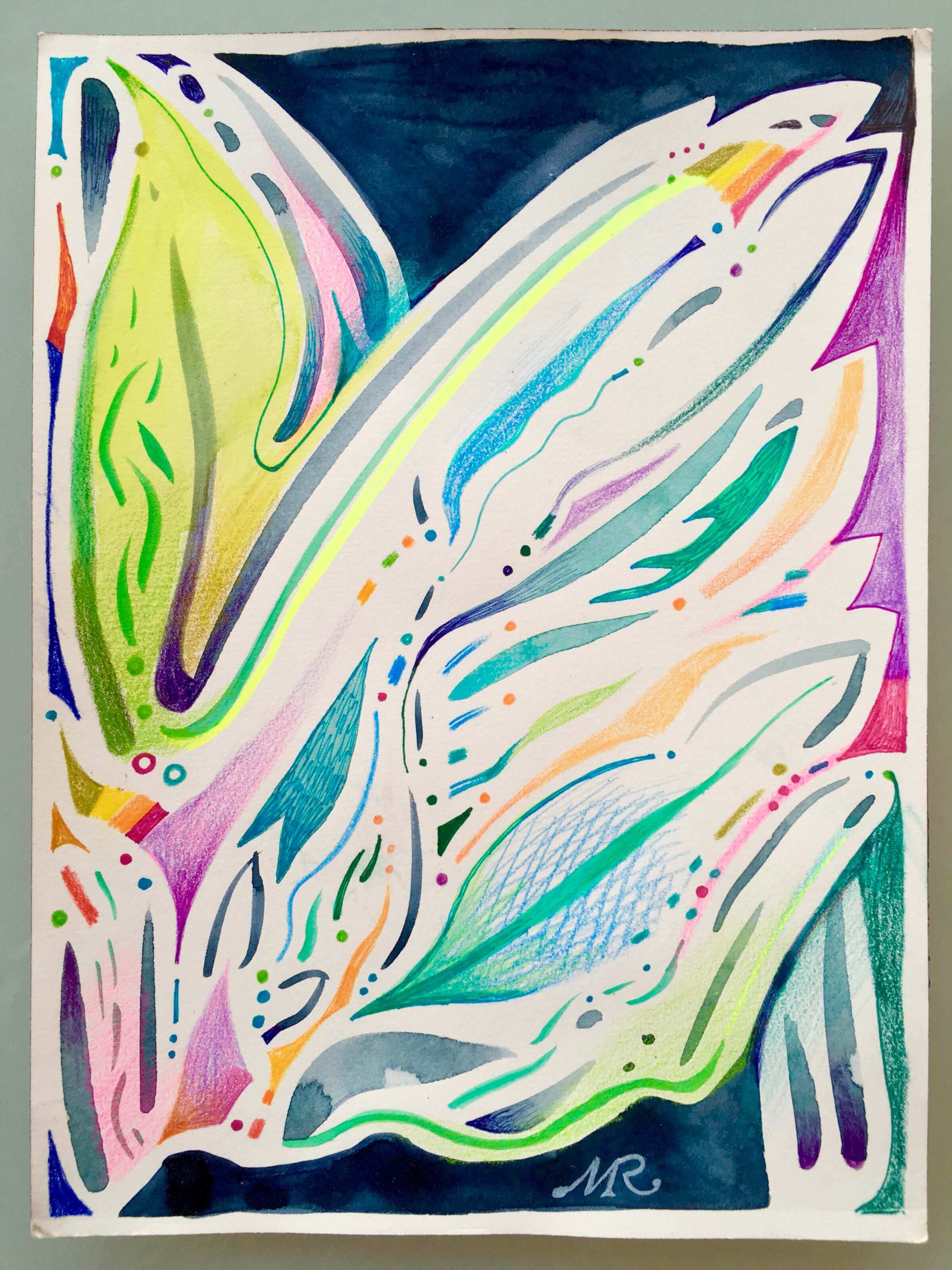 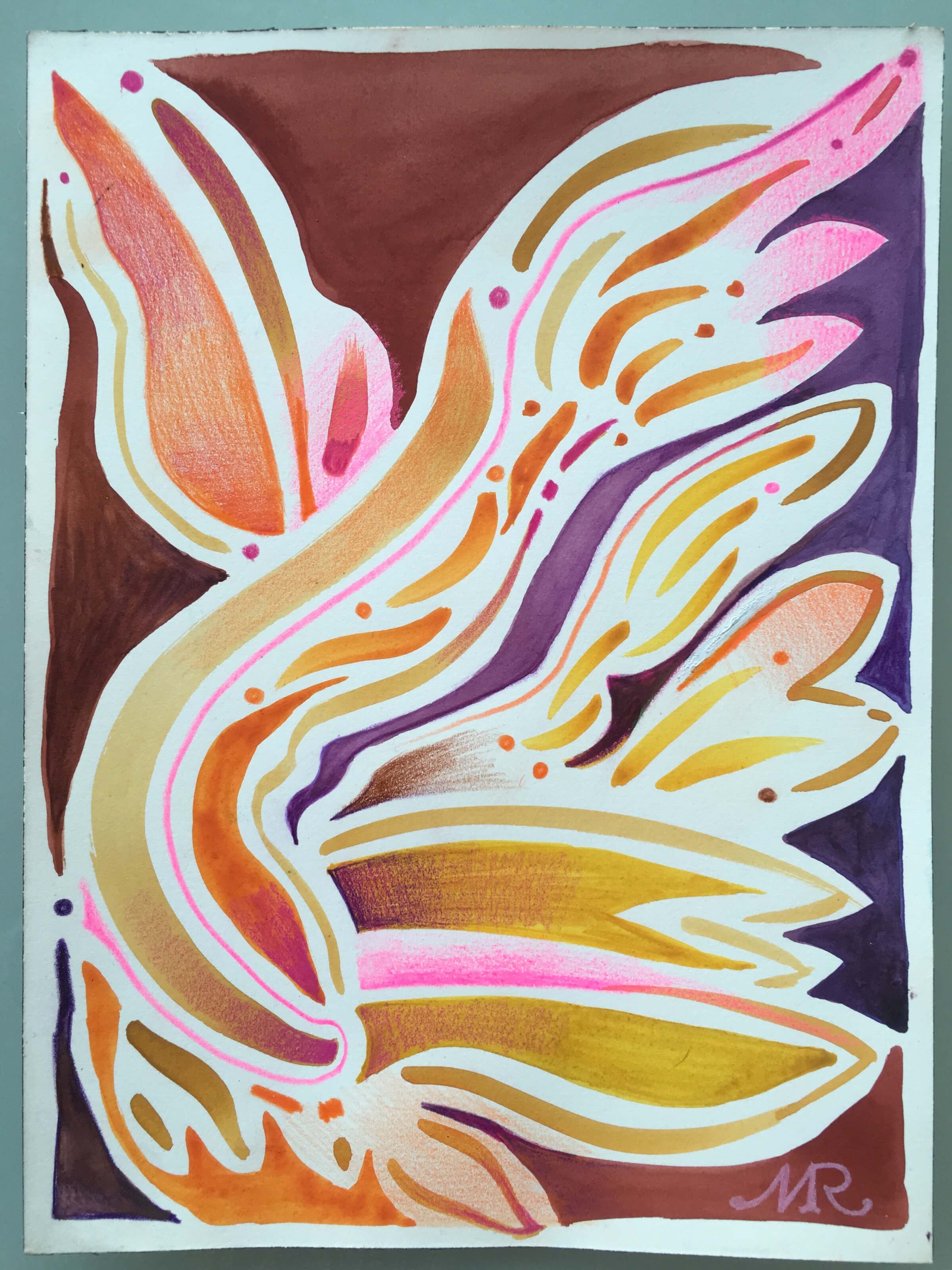 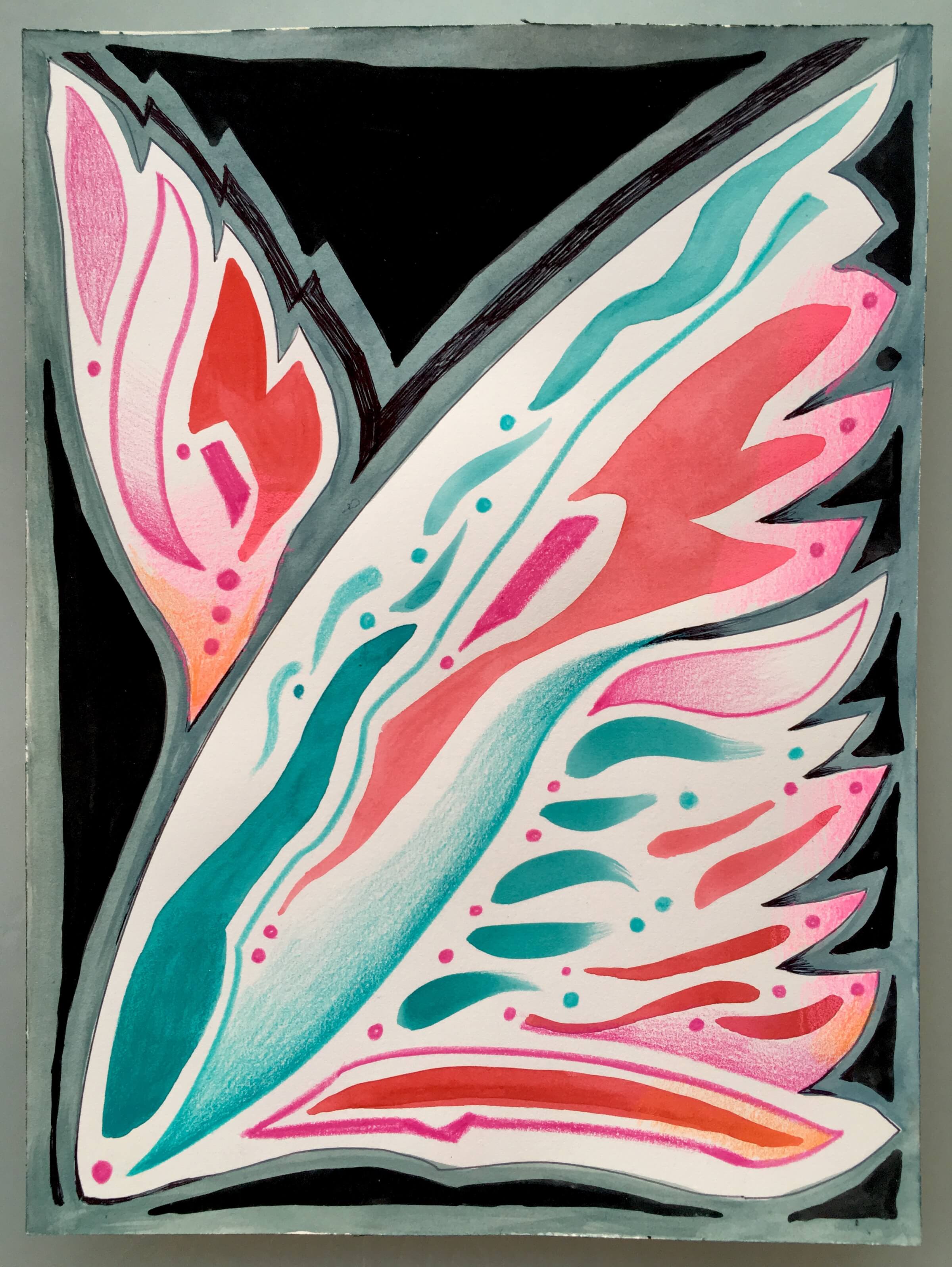 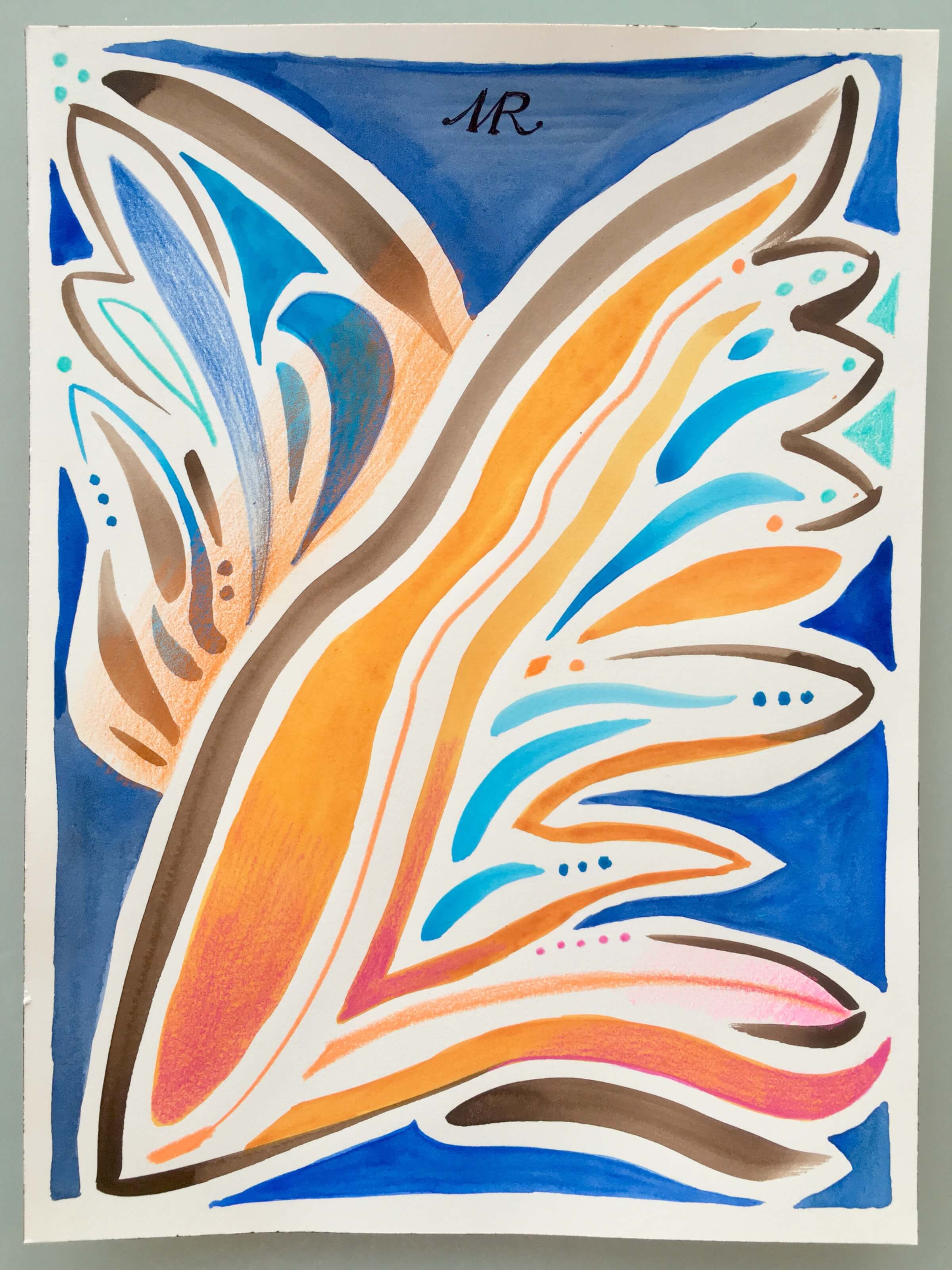 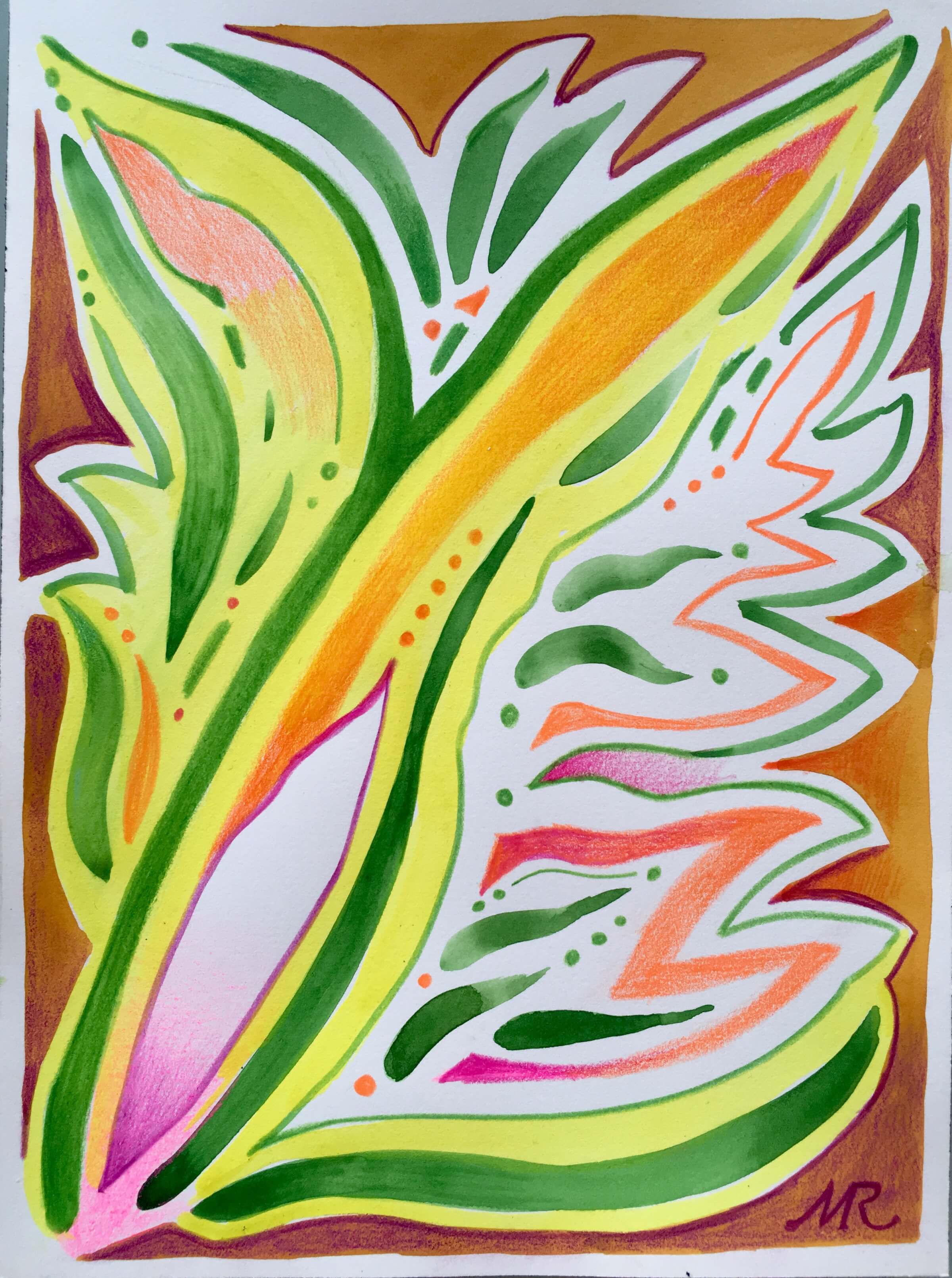