A “Little Church” in a Church is a Power Portal.

We went to Assisi a few weeks ago. That is where Saint Francis lived and worked. In the Basilica of Saint Mary of the Angles down the hill from Assisi, there is a “Little Church in a Church,” called the “Porziuncola,”  which is a Power Portal. This is where the Saint started his monastic order. Others joined him in his fervent “love for the Lord.” He and his followers rebuilt this dilapidated chapel with their own hands, which has their energy spread all through it. It is a very charged up place. 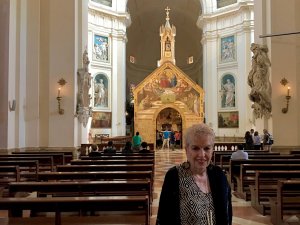 In the western world, there is the concept of the Altar. It is a power spot in a church, a place where energy is focused. It is where meaningful rites are performed, but it is also where we make the connection between earth and spirit; between our individual self and our universal Self. In the Porziuncola there is a powerful Altar. When you stand in front of it and look up, there is an opening in the ceiling, and a beam of light comes down upon you. This spot is a Power Portal. The simplicity of it was astounding. I really felt the energy standing there, flowing through me. 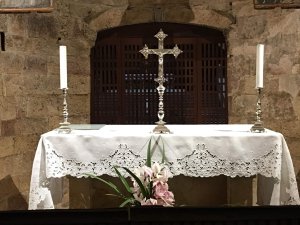 There was an impressive set of paintings on the wall behind the Altar. In addition to the Angel of the Lord announcing to a seated Mary about the coming of the Christ, the Christ sits with St. Francis at the very top. All work together in a kind of Ascension. Even the arch points heavenward. Mind you, most people were illiterate in that day, so the story of the Gospel has to be told in the oral tradition, or through paintings and architecture. 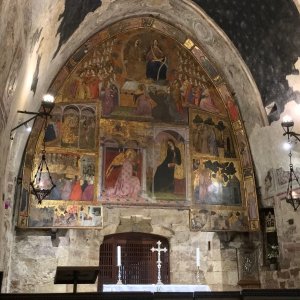 We sat in the Porziuncola for a spell, meditating. Sondra had a chest congestion. After praying to St. Francis, it all went away. I had the same chest congestion for a little while longer, and did not get over mine until Amsterdam. But I did pray to St. Francis for a healing, and  to help me “remove the blocks to the awareness of love’s presence.” Being the stubborn person I am, my healing took a little longer. 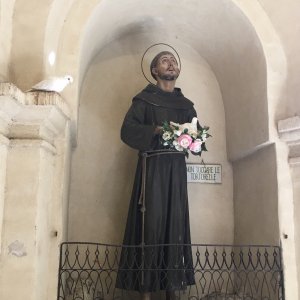 Other interesting sections of this larger church had an impressive statue of Francis, with live doves who never leave. They were so tame. Tourists were going right up to them and snapping photos, and they did not flinch or fly away. Francis is remembered by his close association with the natural world. He spoke to the animals, and the birds. They actually listened to his sermons.

The Final Gift of the POWER PORTAL

As we were leaving the church, we had a last view of the doorway to the Porziuncola. It was remarkable. The Franciscans are honoring the Christ and a Female Figure, perhaps Mary his mother, or Mary Magdalene his wife. What is the holiness inside of ourselves? These are inspiring characters, indeed, but what about our own gifts to humanity? We have it in us to give something, to contribute something to the furtherance of the human race. Are we fulfilling our mission on earth, or just surviving, so we can “kick the bucket” later, and fit in a few “bucket list” highlights before we go? 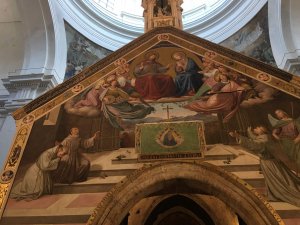 These are good questions I ask myself—the more often the better. The last gift of the Porziuncola for Sondra and me, at the Power Portal, was to see ourselves infused with an energy of the Holy Spirit which we can then direct toward our own co-creations. Sainthood is not “exclusive.” In fact, Mother Teresa said your “only regret should be you did not become a saint.” We all have “sainthood” in us. Are we going to delve into ourselves and find it there, or be satisfied with a “bucket list?” It’s all up to us.

Sondra Ray at the Power Portal: 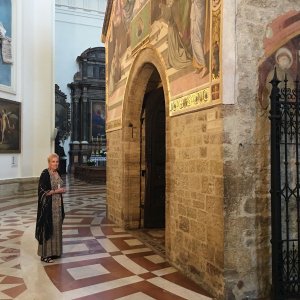 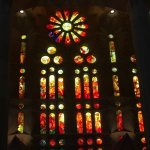 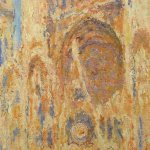