THE ORACLE OF ORACLES

Five years ago last June we worked in Greece. Our friend Yiannis was our host in Athens, and he drove us to Delphi for the day. One of the most powerful places in the ancient Mediterranean world, Delphi was known for the Oracle, a residing female priestess who had the gift of vision, and lived in and around the Temple of Apollo. Important people from all over the ancient civilized world would flock to Delphi for a reading with the Oracle. She was the font of wisdom, and a “seer” into the future. She could guide one’s life through the dangers of an unaware fate, and impart a clarity that was lacking in one’s own choices of direction. She was the “go to” for kings and queens and high ranking officials, as well as the revered “seer” to the common people.

The Oracle was also know as the Pythia. “The Pythian priestess emerged preeminent by the end of the 7th century BC and continued to be consulted until the late 4th century AD. During this period, the Delphic Oracle was the most prestigious and authoritative oracle among the Greeks, and she was among the most powerful women of the classical world. The oracle is one of the best-documented religious institutions of the classical Greeks.” Wikipedia

Legend has it that the dragon, or python, that lived at the base of Mount Parnassus in Delphi was slain by the God Apollo, and buried there. The Temple of Apollo was built over a crevice in the ground, out of which flowed the fumes of this slain serpent. The fumes had intoxicating powers that gave the one inhaling them a psycho kinetic clairvoyance. Thus the Oracle at Delphi was a Priestess, a virgin, who sat over this crevice and breathed the “aromas of spiritual articulation” in order to give readings and answer the inquiries of the consultants. Some say she “spoke in unintelligible tongues” that were then interpreted by male Priests by her side. Others say that she was perfectly fluent and gave her readings in poetic verse. Whatever the truth be told, she was the most powerful figure, a woman of wisdom, known in the ancient Grecian world.

The reverence for the Delphic Oracle was unsurpassed. She was a purified soul, and people who went to see her were expected to engage in spiritual purification practices before coming into her presence. Even the Priestess underwent daily baths and rites of purification that prepared her for this immensely sacred role. In Delphi, the normal frictions and competitions between the various city states were set aside. Delphi became the place of commonality where the sword was supplanted by the word of wisdom. The power of political might took second place to the Power of Divine Presence and Revelation.

Whatever the actual mechanics of the Oracle’s delivery, she was one of the most revered fonts of guidance and advice in the Eastern Mediterranean Basin. This is undoubtable. To have her blessings on an endeavor could mean the success or failure of that mission. It is said that Alexander the Great accomplished much of his conquest due to the blessings and guidance attained from the Delphic Oracle.

Her fame spread far a wide, even after her actual presence in Delphi was long gone. The Oracle was active until about the end of the 4th century of the Common Era, yet even Michelangelo in the sixteenth century painted her on the ceiling of the Sistine Chapel.

Delphi has an energy field to be reckoned with. There is a vortex of Spiritual Power that permeates the place. The Ancient Greek aphorism “Know Thyself” is one of the Delphic maxims and was the first of three maxims inscribed in the pronaos of the Temple of Apollo. As we walked the grounds there was a mood of inner elevation. We felt delight and an openness for new possibilities. We felt the aliveness of the ancient Greek Wisdom. We felt the charged atmosphere of the Divine Presence on earth. We did not want to leave.

In the museum on the grounds were artifacts from ancient times that enhanced our experience of Delphi. The very famous “Charioteer of Delphi” is housed in this museum, along with other important historic objects. Naturalism in the human figure was emerging in the Greek Aesthetic. This early bronze sculpture represents a break from the more geometrical style of the archaic period in Greek history, and a positing of a new naturalism. The highly stylized Kouros figures were being replaced by the sensitive articulation of the human form, with all its musculature and anatomical detailing. Grasping the beauty of the human body was one of the greatest contributions of the Greek classical period. Upon this naturalism was the “rebirth” of the art of the 14th, 15th and 16th centuries in Italy and Europe, we commonly call the Renaissance. One can appreciate this authenticity of anatomy in the head of Altinoos, a sculpture of a famous youth of the era, also one of the major artifacts held in the Delphi Museum.

Our trip to Delphi in 2016 was an unforgettable gift. A clairvoyant had told Sondra years ago that she had been a Delphic Oracle back in these times. Who knows? She did feel at home there. I did as well. This place had been a center of learning extraordinaire in the Golden Age of Greece. The Pythian Games that were held there were the precursors of the Olympic Games. All the city states made pavilions to praise their civic wealth and identities. This is the Treasury of Athens, below, where the city state of Athens kept its contributions to the Delphic Priesthood and the Pythian Games.

When all is said and done, we need special places that take us into the vision of holiness that may not be readily apparent in the environs of our everyday life. Certainly the holiness is always there, permeating everything. Yet in this kind of highly charged and spiritualized environment such as Delphi, enhanced by the special attention of particular architecture and natural settings of immense beauty, we are transported easily into the vortex of the Divine.

The Oracle of Oracles was the place itself. We knew our lives were being affected by the Good while in the presence of the ancient Pythia. What was she telling us? What questions did we have answered? What were we going to take away from this encounter with the sublime?

The light of Truth comes in many forms, but in this case it came as beauty and intention from those pure and ancient days. We spent a day in Delphi. It seemed like an eon. It suspended itself into our near future like a blessing from the Gods of Old. I would definitely go back there for some thread of guidance that I could not get anywhere else. It comes wafting up in the vapors of an ancient but still pertinent axiom－”Know Thyself－unobtainable from any other place or time. Delphi is now in my blood. The Oracle of Oracles is inside of me, perhaps sitting next to me as Sondra Ray, listening to that right moment to reveal Herself, and lead me onward, toward ascension into my more heavenly realms. 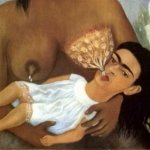 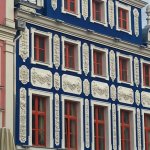